Becky Robbins: All About Tony Robbins’ ex-wife.. Where is she now?

Becky Jenkins Robbins was born in the year 1962. Her exact birth date is not yet known as she leads a private life away from the public eye.

She was born and brought up in California, US, and attended schools within her home.

In school, she was impassioned about medicine and went ahead and studied biology and anatomy, making her graduate as a certified nurse.

Details of her parents and siblings are not yet known by the media.

Becky Robbins explored her sphere when she was only 17.

She called it quits in the world of medicine. Despite being a nurse, she hated patient care and thus resigned from nursing to pursue other ambitions.

She is a perfect definition of jack of all trades as she is a philanthropist, life coach, artist, author, and painter.

In the following year, 1980, Becky met a neuro-linguistic act John Grinder, and the two became workmates.

During this time, she promoted seminars of various prolific personalities such as; NLP Erickson Ian Hypnosis lessons.

After reaching mastery levels in her career as a philanthropist and a life coach, she released several infomercials, and her first infomercial was Personal Power, which was pushed by Guthy Renker to reach a US audience of 100 million.

Following her successes, she was promoted to Top Performance Trainer.

Her marriage with a celebrated life coach and author Tony Robbins played part in the success of her career.

Tony Robbins employed Becky as the Vice President of Robbins Research International where she still worked even after their bitter divorce.

Becky Robbins was already a wife to an unknown man at only age 18.

Her marriage was blessed with three children. However, as they were progressing with marriage life, Becky realized that she was not happy in the union, which limited what she aimed in life as a visionary young woman. Thus, the two settled for a divorce.

During the course of their divorce, her firstborn was 17, her second-born 15, and her last born was five years old.

Becky Robbins was now a single mother and had interests in life coaching seminars. At one time, she attended Tonny Robbins’s seminar dubbed Unleashing The Power Within and had decided to take the front seat, a move to grasp all the teachings of the public speaking maestro, who was 24 years at that time.

Becky captured the interest of Tony, and the two eloped together backstage.

They dated for a while before solemnizing their union in 1984. They got their first daughter Joly Jenkins before they separated in 2001.

This was the second marriage of Becky after suffering two divorces. Her marriage with Tony was marred with cheating claims. Two years into the marriage, Tony had a son named Jairek Robbins through an extramarital affair with ex-girlfriend Liz Acosta.

Tony, who says he can’t betray his admirers, slipped away with Bonnie Humphrey now, Sage Robbins, who had divorced her husband, John Lynch, to marry Tony.

Tony Robbins and Sage Robbins are still married to date but have no kids together.

Becky Robbins is not engaged in any known romantic entanglement as of now.

Tony Robbins Ex-wife Becky Robbins has an estimated worth of $2 million. This is over 200 times Tony’s staggering fortune of $500 million.

Becky’s worth is sourced mostly from her position as the Vice President of Robbins Research International and her career as a life coach, artist, and author.

She has a website where she sells her paintings to customers worldwide.

Where is Becky Robbins now?

After divorce, she maintained a low social profile and lived a private life away from media.

She is now working as an inspirational speaker, author, philanthropist, adventurer, and painter.

She is a women empowerment icon who fights for autonomous spaces for women in society.

She has a painting studio in Del Mar, San Diego, California, where some of her great artwork is displayed. 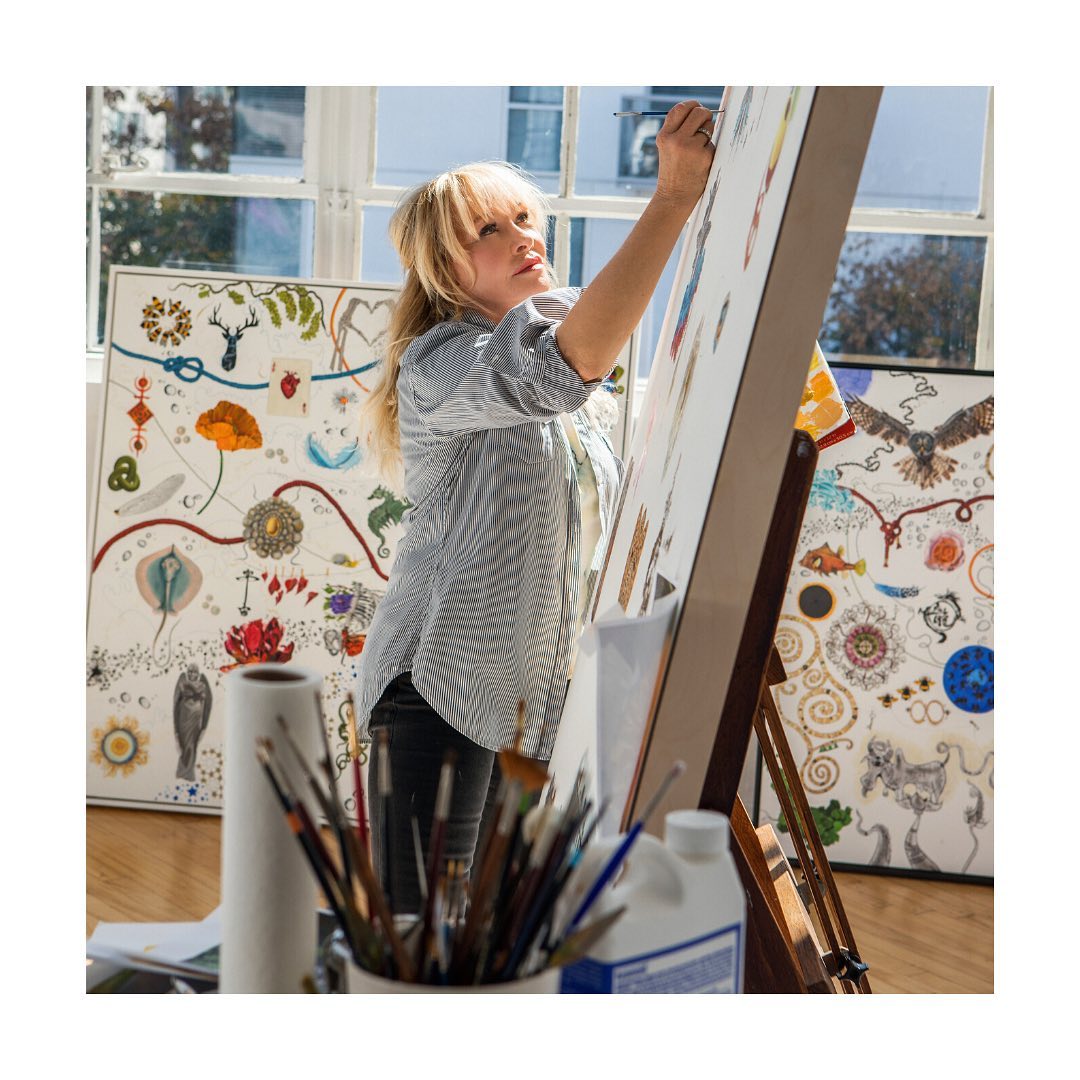 Kanini Kega Rules Out Uhuru Reconciling with DP Ruto < Previous
Margarita Levieva: Wiki, Bio, Boyfriend.. Everything About the ‘In from the Cold’ Star Next >
Recommended stories you may like: