Nikocado Avocado was born Nicholas Perry on May 19, 1992, in Ukraine. His horoscope is Taurus.

He was raised alongside a sister and young brother but was later adopted and relocated to Harrisburg, Pennsylvania, United States. The reason for his adoption is yet to be known.

However, Nikocado admitted that his adoption affected his mental health as he was very young at that time. He was, thus, prompted to seek a professional therapist.

“I was in and out of therapy since I was, like, five years old,” Nikocado told his fellow mukbanger in a 2019 interview for Paytas’ podcast The Dish With Trish.

The therapist stated that Nikocado was suffering from ADD (Attention Deficit Disorder) as well as OCD (Obsessive-Compulsive Disorder).

Nikocado has never revealed his parent’s details and educational background. The schools he attended are not available at the moment.

Nikocado Avocado is a phenomenal person with a striking career history.

In 2013, when he was 21, he confessed that he started as a freelance violinist and says that he could go back to music if his YouTube career became a failure.

Nikocado joined YouTube in 2014 but started uploading mukbang videos in 2016.

His first video became famous in the US as he was among the first people in the US to do mukbang videos. The video was featured on Comedy Central in 2018. This made the video more popular.

Nikocado started as a vegan, only consuming vegetables, but later shifted to fast foods, pointing out that a vegan lifestyle had contributed negatively to his health as he became obese within no time. 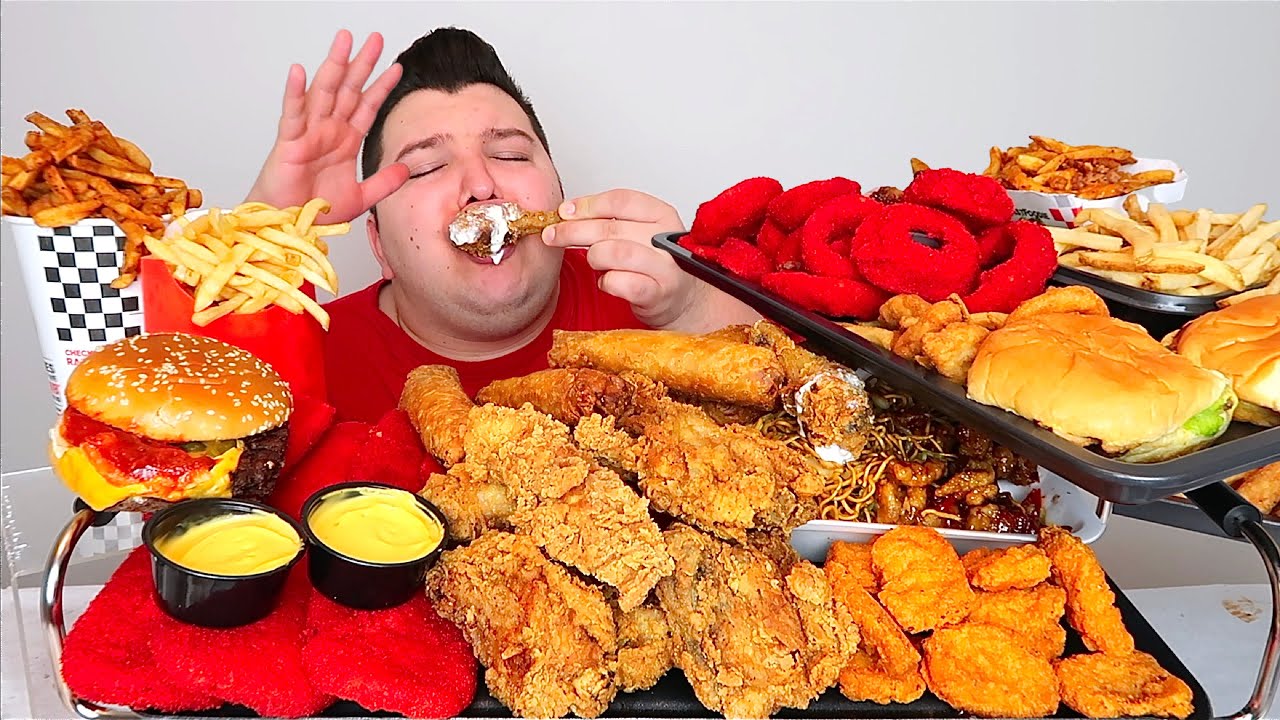 He has over 1 billion views across his YouTube channels.

Nikocado has gone further to open an account in a major adult site, OnlyFans, where he posts X-rated videos of him and his husband, Orlin Home.

Following his prosperity as a content creator in the video-sharing platform, Youtube, Nikocado has amassed abundant wealth.

He is estimated to be worth $1.7 million.

Nikocado Avocado is gay. However, this has not restrained him from getting married.

He is married to an apple of his eye, a fellow gay, Orlin Home.

He met Orlin in a Vegan’s Facebook group. Orlin is also a mukbang video creator.

They tied the knot on April 10, 2017, and their wedding was held at one of Chic-Fil-A’s restaurants.

The couple lived in Columbia for the first three years of their marriage before relocating to Florida, United States.

The two currently collaborate in making mukbang videos as they nurture their love.

Nikocado Avocado has no children.

Nikocado Avocado is an active user of social platforms and always updates his fans about his life.