Moriah Elizabeth was born on November 14, 1994, in California, United States. She is an American of mixed ethnicity born to a Peruvian-Italian father and a mother of Caucasian descent.

She was raised alongside two brothers – Sam, who has appeared on her several vlogs, and another whose details are not known.

She was homeschooled for elementary education, attended a public high school with his brothers, and then proceeded to college to study graphic designing, where she graduated with a degree.

After completing her education, Moriah was reluctant to pursue graphic designing because she felt pressure to compete with elite graphic designers already in the field. She opted to be a YouTuber, a decision that has made her a popular sensation in the world of craft.

Moriah Elizabeth is an American YouTube personality who mainly uploads videos of DIY – do it yourself craft videos and squishy toys vlogs on her self-titled channel (Moriah Elizabeth).

Her informative content on the latest craft trends has earned her global recognition and made her popular among craft lovers.

She started her YouTube career on August 26, 2010. To date, she has uploaded over 300 videos on her channel. Her first video is Toddlers and Tiaras Parody which has over four million views.

Moriah Elizabeth is attracting the masses. Her subscriber count is over 7 million, and as years continue to pass, hordes of people continue to subscribe to her thanks to her immensely creative content. 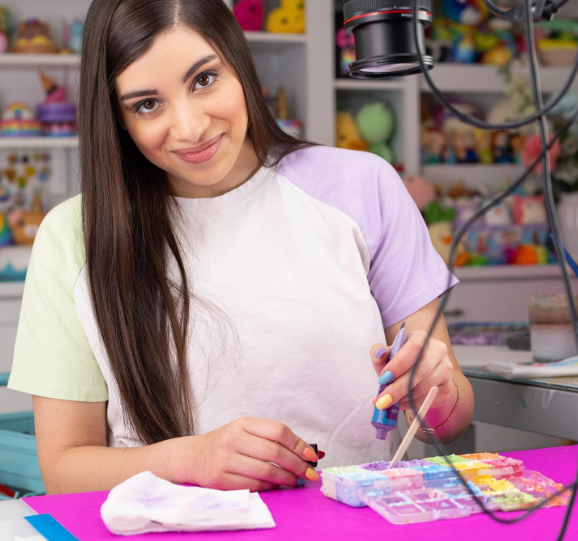 The total views of her channel have surpassed the 2 billion mark.

She rebrands designer t-shirts, hoodies, and backpacks with her powerful art skills.

She started her own clothing store called Moriahelizabethmerch, which sells her merchandise.

After being successful in craft, Moriah Elizabeth is determined to pass her skills down to generations.

For this reason, she has authored a collection of art books in a series called Create This Book.

She draws her income mainly from YouTube and other revenue streams such as fashion business and a proportion from selling her books.

Is Moriah Elizabeth married? Yes! The YouTuber is married to her long-time lover Jordan who she says ‘she has been seeing him since 10.’

Moriah was married at the young age of 19 and lives with her husband happily together.

Her husband is very shy on cameras and has never featured on her blogs since he also hates publicity.

Does Moriah Elizabeth have kids? No, the couple is not yet blessed with any child.

* She uses Adobe Premiere Pro CC to edit her YouTube videos.
* She uses Canon EOS 5D Mark IV to film her videos.
* Her favorite handmade creation is a dinosaur named Pickle.
* She loves cats and keeps them at home. Moriah’s cat name is Oliver and Opie.

Paul Edward Hospenthal: Wiki, Bio, All About Danica Patrick ex-husband < Previous
Mark Wiens: Wiki, Bio, Wife, Net Worth.. All About the Famous Food YouTuber Next >
Recommended stories you may like: