iJustine: Net Worth, Age, Boyfriend, Real Name… Everything About The Tech YouTuber

What is iJustine real name? She was born Justine Ezarik on March 20, 1984, in Pittsburgh, Pennsylvania, United States.

She is an American of mixed heritage born first to a coal miner of Slovak line of heritage, Steve Ezarik, and Michelle Ezarik, a physical education teacher. iJustine siblings are Breanne and Jenna.

For her education, iJustine studied at Bentworth High School and graduated in 2002, then moved to Pittsburgh Technical Institute to study graphic designing. She completed her studies in 2004 and started her career.

iJustine is a true picture of beauty with brains. She is an unrivaled YouTube personality, author, and actress.

She started her self-titled YouTube channel on May 7, 2006, just after the video-sharing platform was incepted. She is tech-savvy, and that is one of the reasons she was among the first to explore the application.

After graduating as a graphic designer, she did some jobs on the same, for some time until Yahoo, an American web services provider, opened a public contest for best online videos in which she participated and emerged top 5.

This played a critical part in boosting her attitude and urge to become an internet personality.

In 2007, iJustine started going live on her YouTube channel and a blog Justin.Tv. She did this for a while but stopped it after realizing that she was infringing the privacy of those who were around her.

At that time, she was the co-host of MacBreak, an internet television show about technology that was hosted by Leo Laporte, a former TechTV host.

Her breakthrough came in August 2007, after uploading a video titled 300-page iPhone bill, which criticized Apple Inc for voluminous billings. This drew the attention of international media and was posted on Revver, which reportedly paid her $5,000 for the video. On YouTube, the video has over 3 million impressions.

Since then, iJustine, who is obsessed with Apple products, has been focusing on YouTube – where she uploads reviews of various tech products which are new in the market.

She has a community of over 6.5 million on her channel with over a billion views count. Her popular videos, which have garnered over 2 million views each, include 2020 MacBook Air Unboxing!, 2020 iPhone SE Unboxing and First Impressions!, PlayStation 5 Unboxing! PS5 IS HERE!, Apple Watch Series 6 and SE Unboxing and first impressions! among others.

Before moving to Los Angeles, iJustine once worked as a spokesperson for Pittsburgh Councilman Bill Peduto.

iJustine is generally talented and can juggle multiple careers. She is an actor and debuted in 2009 when she appeared in Dick Wolf’s crime drama television series Law & Order: Special Victims Unit as A.J. Dunne for episode ‘Users.’

After initially working with Spike Tv as a photojournalist covering a bank robbery for the series The Kill Point, she was called upon to cast as Melissa in their project dubbed The House That Drips Blood on Alex in 2010.

iJustine has guest-starred in several films such as the horror series Level 26: Dark Prophecy as Kate Hale, procedural crime drama series Criminal Minds as Meredith Joy, William Bell’s soap opera The Bold and the Beautiful, among others.

iJustine has written her autobiographical book titled I, Justine. The book was published by Simon & Schuster’s Atria Publishing Group in 2015 and it is available on most sites for purchase in hardcover and e-book forms.

iJustine is a critically acclaimed personality, thanks to her thriving career.

iJustine is mainly a YouTuber with a career that has flourished for over a decade.

She also earns through acting and brand endorsements for companies like Apple Inc as a technology evangelist.

iJustine current net worth is $4 million.

She was in a relationship with Ryan Wyatt, former YouTube’s Global Head of Content and Partnerships, from 2012 to 2015. The two met during one of YouTube’s convocations and eloped as lovers. However, they broke up due to unknown reasons, and Ryan announced their breakup on Twitter when he addressed himself as the ‘ex-boyfriend of the year.’

Previously, iJustine was linked to entrepreneurs Justin Fishner-Wolfson and Brian Pokorny. However, these relationships were not confirmed by all parties.

* She loves gaming – Her favorite game is Call of Duty.
* She has a ‘dog DJ’ called DJ Mini Matt. 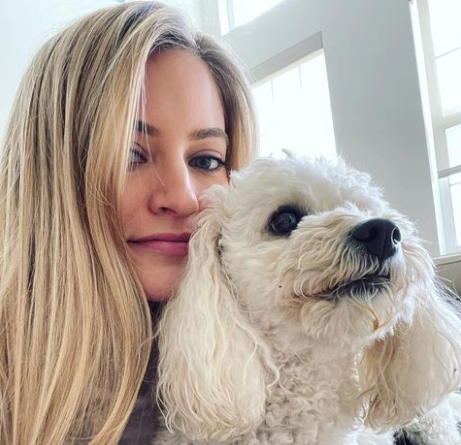 * She uses an iPhone camera and FilMic Pro to film her videos.
* She loves cycling and owns a Super73 bike.