Emilia Jones: Wiki, Bio, Boyfriend.. Everything You Need To Know About the Locke & Key Actress

Emilia Annis Jones is an English actress, born on February 23, 2002.

She was born in Westminster, London, to father Aled Jones and mother Claire Fossett Menon. Her father is a famous Welsh singer and TV personality.

Emilia grew up in a small family, with only one sibling; a brother by the name Lucas Jones.

Emilia Jones is the daughter of Welsh singer Aled Jones, who became famous in the 1980s. He has worked for and done projects for the BBC, ITV among other radio and TV stations.

From 2012 to 2014, he was a presenter on ITV Breakfast’s Daybreak. He started his career singing in the choir of his home church, at just the age of 9. His voice earned him a recommendation from a congregation member, to a recording company, which ended up signing him.

He went on to have a successful career as a singer, performing for Pope John Paul II, the Queen and other royalty.

Aled married Claire Fossett in 2001, and they proceeded to welcome daughter Emilia Jones a year later, and son Lucas Jones in 2005. 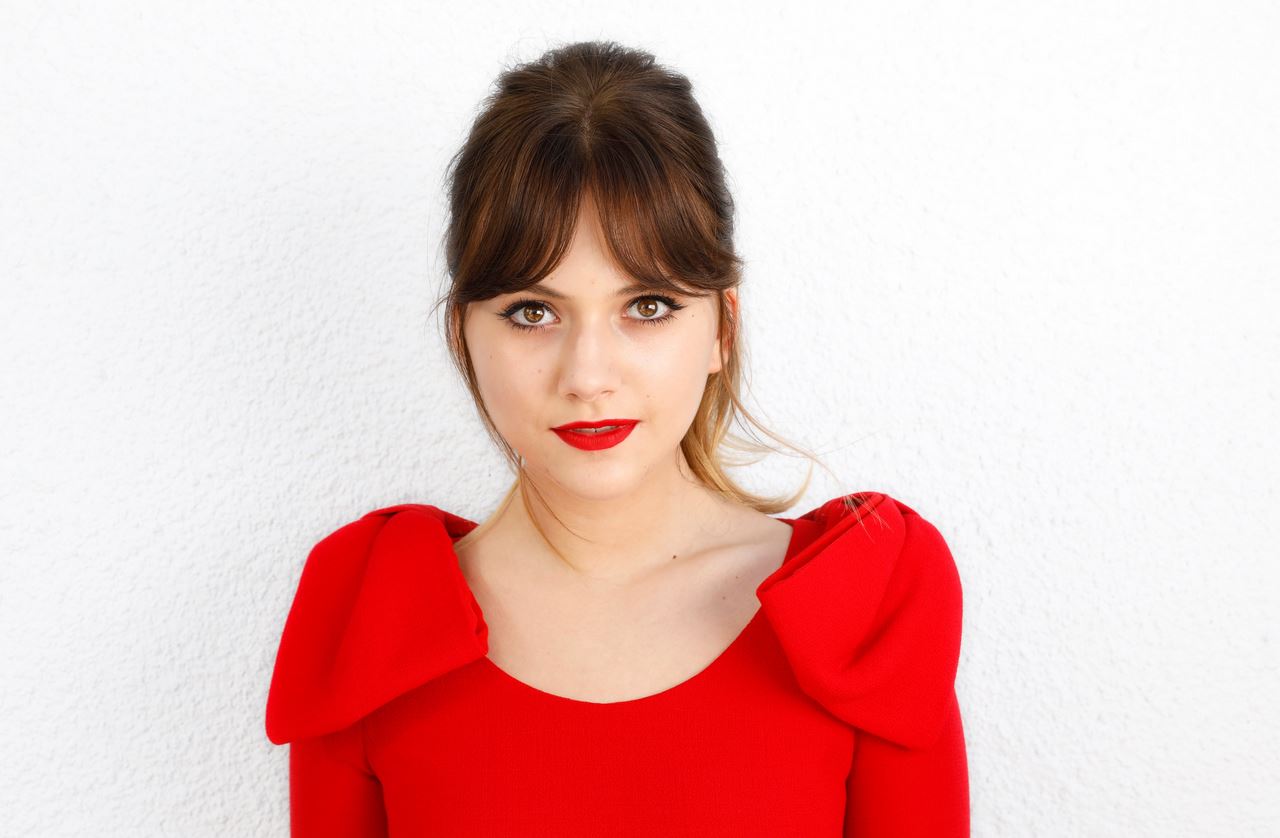 Emilia Jones has shown great promise in her acting career. She began acting in 2010, at just the age of 8. Her first role was in the film One Day.

Even before she was a teenager, she had already appeared in shows like Utopia on Channel 4, Pirates of the Caribbean: On Stranger Tides and an episode of Doctor Who in 2013,

Emilia made her theatrical debut as Princess Young Fiona, in Shrek the Musical. That was in 2011, and she would follow that up with a performance as Flora, on the stage adaptation of Henry James’s The Turn of the Screw.

However, her biggest breakthrough came when she was cast as Kinsey Locke on Netflix megahit Locke & Key. First released in February 2020, the fantasy drama is currently in its second season. Owing to its success and high ratings, the show has already been renewed for a third season.

Her role on the drama is that of a main character, which has brought her even more prominence and name recognition. It was a great start to her TV career, being her first major role. Certainly, her outstanding performance, coupled with the show’s success, can only mean great things for her in future.

In 2021, she landed another major role, starring in the Apple TV+ comedy-drama film CODA. For this movie, she plays the character of the only hearing member of a family, a part that she had to prepare for by learning actual sign language.

Hers will certainly be an interesting career to watch.

Is Emilia Jones a singer?

Although she has not taken up singing as a career, Emilia Jones has taken vocal lessons is in fact a good singer.

When she was 8 years old, she was a member of her school choir. It remains to be seen whether she will eventually take up singing professionally.

Although she has never publicly confirmed, Emilia Jones has previously been linked romantically to Locke & Key co-star Connor Jessup. Those rumors were however shut down when Connor came out as gay.

She has also been linked to actor Jesse Wilson.

Yes. Despite having never learnt or used American Sign Language before her role on CODA, Emilia spent 9 months learning it. This was during the shooting of season 2 of Locke & Key.

In the movie, she played Ruby Rossi, a daughter of two deaf parents.

She was taught by ASL coach, Anselmo DeSousa.

When asked by Glamour whether she considered herself fluent in ASL, Emilia said, “I’m still learning. When we were in production, I was mostly focused on the script. But the minute I got to set, I realized that I signed so much in the film that I actually knew a lot more than I thought… My goal is to be absolutely fluent. I spent all of the lockdown taking ASL. It’s such a beautiful language. It’s so physical and emotional too, because you really inhabit what you’re saying.”

Emilia Jones’ real parents are not deaf. However, in the movie CODA, she plays the role of a daughter of two deaf parents.

Indeed, CODA is an acronym for ‘Child Of Deaf Adults.’

Is Aled Jones daughter an actress

Indeed. Aled Jones’ daughter, Emilia Jones is an actress, with ever increasing major roles on both film and TV.