Petrice Jones: Bio, Wiki, Girlfriend Everything You Need To Know About the Locke & Key Hunk

Petrice Jones is an English actor who gained spotlight for his role as Scot Cavenish on Netflix hit fantasy show Locke & Key.

Jones was born in England, and raised in a small town just outside London called Milton Keynes. He is from a humble upbringing, being brought up by his mother in a 2 bedroom house, where he shared a bedroom with his two elder brothers.

His parents had seemingly separated, but he remained in good terms with both of them. Jones would visit his father every other weekend.

Petrice Jones was brought up by his mother. His father was not present in his life, although they kept touch and he would visit him every now and then.

He has two elder brothers.

Initially, Petrice kept his love life private. However as he has gained more fame and prominence, his fans have finally been able to have a peak into his love life.

As of 2021, Petrice Jones is dating Sophia Esperanza, an Instagram celebrity and fitness enthusiast who is proudly vegan. Petrice often posts photos of the two on his Instagram. 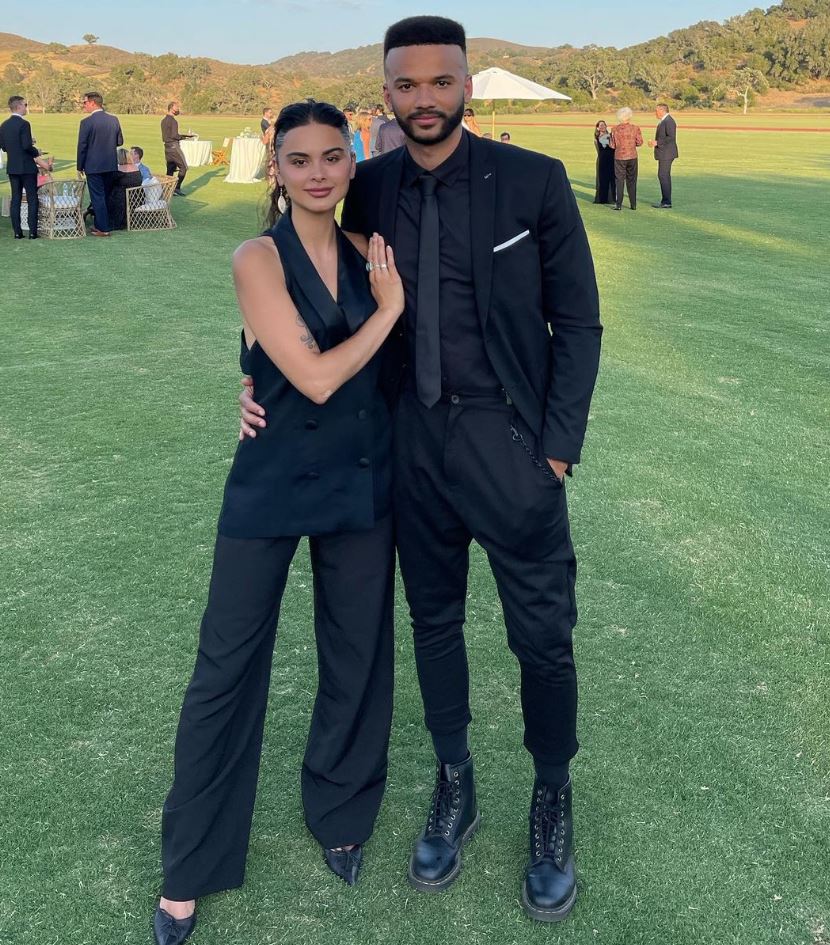 In his own words, Jones originally wanted to be a pre-school teacher, and even acquired some experience at a preschool. He however caught the acting bug and never looked back.

In middle school, he was not a fan of performing in front of an audience, and would do whatever it took to get out of it, including faking illness.

“I actually used to hate performing altogether. I used to fake some sort of headache or sickness every Thursday afternoon in middle school to get out of performing in front of the class in music,” he said in a past interview.

A friend convinced him to audition for the school musical, Little Shop of Horrors, and he got the role of Orin the Dentist. That was the beginning of his love affair with the arts and the craft.

As a young adult, he lived in London for 4 years, before deciding that it was not where he would make his mark. He had to get to the land where dreams are made.

Petrice put together £15,000 ($20,000), some of which was borrowed with a 200% return promise, got himself a US working Visa, and booked a one way ticket to LA. He got his first major role as Tal Baker on Step Up: High Water soon after.

It was in Step Up that he got a chance to display his other talent, dancing.

He would then land the role of Scot Cavendish on Netflix hit show Locke & Key. The fantasy drama is already in its second season, and has been renewed for season 3.

One highlight of his life was taking part in the London 2012 Olympics opening ceremony as an acrobat.

On top of his acting career, Petrice Jones is a budding businessman and environmentalist.

In 2019, he founded The One Movement, a non-profit to combat single-use plastic in Hollywood. Their first product is a reusable water bottle.

His current net worth is estimated at $500,000, although that may dramatically change depending on his ability to get good roles in Hollywood.

1. The Journey is everything

2. Run your own race

3. Evaluate people around you. Only chase relationships you want.

5. Your integrity is all you have

Emilia Jones: Wiki, Bio, Boyfriend.. Everything You Need To Know About the Locke & Key Actress < Previous
Challenges Facing Real Estates as a Result of Covid-19 Pandemic Next >
Recommended stories you may like: