Other than that, very little is publicly available about his early life or family.

He studied Television Production at the Broadcasting Institute of Maryland, graduating with the highest GPA score possible. He then proceed to Michigan State University.

Jason Carr is a family man, having married Taryn Asher in October 2007. The two are in the same line of work, with Asher being a news anchor on FOX 2 Detroit. They reside in Detroit, alongside their daughter and their two dogs; a Labrador retriever named Violet and chihuahua named Charli.

The couple welcomed their daughter Gia Carr on February 26, 2011, after 4 years of marriage.

The two have also somehow followed similar career paths, working in the same cities before eventually landing and settling in Detroit.

For all his life, Jason Carr has worked in the media industry. Before settling in Detroit, he had stints working for TV stations in Flint, Lansing, Traverse City and Alpena.

He then worked for Fox 2, WJBK, in Detroit as a news anchor and reporter before he was laid off alongside other workmates.

Currently, he is a digital anchor with WDIV (Click on Detroit), and is also part of a mid-morning show called ‘Live in the D’. 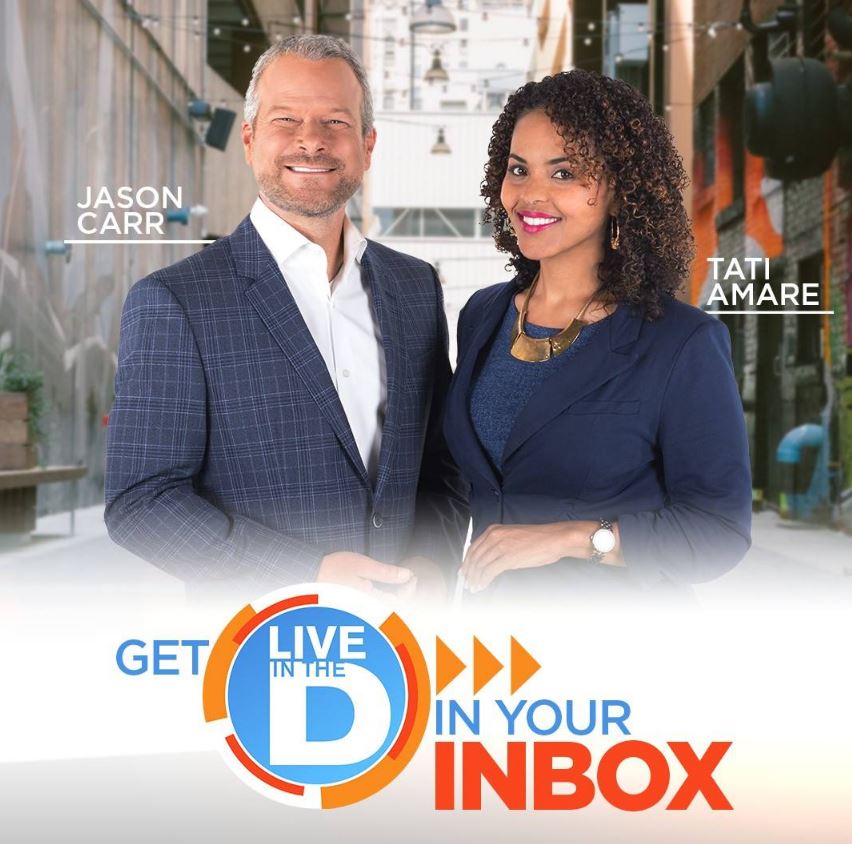 As a journalist in Detroit, Jason Carr is likely receiving an average salary of $100,000, based on the average of others in a similar profession, and the added roles he takes at the station.

In late 2021, Jason Carr underwent a successful back surgery after three years of worsening pain.

His condition had worsened so much that he could not stand still for more than 90 seconds, and could not walk for over 100 feet.

He was suffering from a compromised sciatic nerve that was being pinched and prodded by a bulging disc and bone spurs.

His surgery went so well, that he was back to work after just 1 week, pain free. He considered his case a miracle.

“I had been told I might be in bed for days in considerable pain. I was prescribed powerful pills in the Vicodin/Oxycodone realm. As it turned out I came out of the procedure as one of those patients some would call an outlier and others might call a miracle,” he said.

“Almost all my pain meds are still in their little orange bottles. I would later learn another gentleman who had the same surgery as me on the same day was bedridden and in considerable pain. I personally know at least two friends who went through recuperation hell and missed weeks of work.”

Connor Jessup: Biography, Wiki, Boyfriend.. Everything About Locke & Key Star < Previous
50 Funny Friday Memes To Kickstart Every Weekend Next >
Recommended stories you may like: