I Won’t Pay a Shilling, Bring the Child To Me: Sonko Rubbishes Child Support Suit 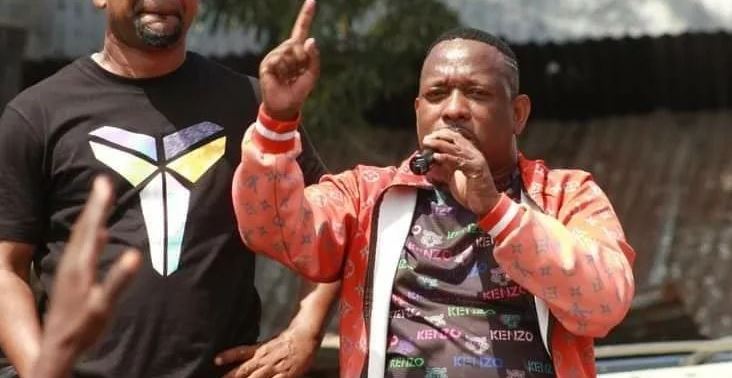 A woman who sued Mike Sonko for Sh448,450 monthly child support won’t be getting a cent, the former Nairobi governor has declared.

Taking to social media to respond to the lawsuit by the woman identified as CD, Sonko claimed it was an extortion attempt by a serial blackmailer.

Sonko claimed the woman had pulled a similar stunt with a former lover with whom she has children.

The moneyed politician and businessman said he would rather take the 15-year-old girl at the centre of the suit under his care than pay a shilling.

“Just like Jesus said, “let children come to me…” I am kindly asking the lady alleging that she has my 15-year-old child to bring the kid to me,” Sonko wrote on Facebook.

He continued: “….just the same way her two other kids (names withheld) were recently taken from her by her ex-boyfriend Austin, who now stays with them at Langata.”

Sonko claimed the woman uses her children to extort money to finance her partying lifestyle. He said he is willing to raise the child even if he is not the biological father.

“I will give the kid the best of what life has to offer. My family keeps on growing bigger every day and I feel happy and blessed adopting orphans, street families and neglected kids, and bringing them into my home,” he added.

“I will not give her any shilling to be used for partying.  Even if the kid is not mine, just bring her to me and I will take good care of her,” Sonko posted.