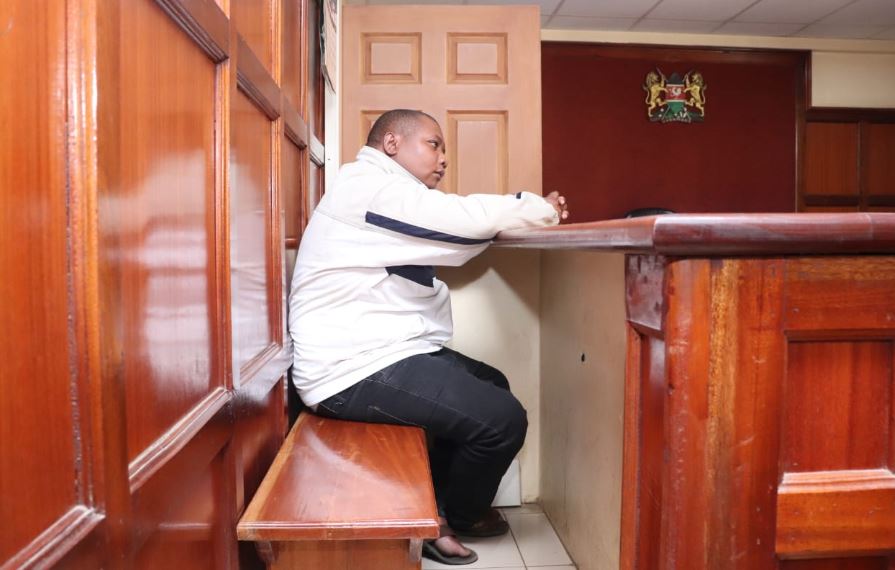 Dennis Karani Gachoki, the suspect in the shooting of Samuel Mugoh Muvota in Mirema Drive, has been placed in police custody.

After surrendering to the DCI on Monday, Gachoki appeared before Senior Principal Magistrate Caroline Njagi on Tuesday, May 24.

Police asked the court to detain Gachoki saying investigations are still ongoing. The DCI through investigating officer Kapario Lekakeny said the State is not ready to charge him with murder since he surrendered on Monday.

“We urge the court to issue a custodial order that Karani is detained for 14 days from May 24 to June 6, 2022, at Kasarani police station in Nairobi to allow investigating officer complete investigations on a case of murder contrary to section 203 as read with section 204 of the penal code,” the affidavit reads.

The officer said Dennis Karani Gachoki was the getaway driver of the car carrying the shooter.

“We urge court to take judicial notice of the video clip circulating online where the gunman is seen running towards a waiting car. The Respondent (Gachoki) is the person who was behind the car,” said Corporal Lekakeny.

“The suspect with others not before the court is believed to have premeditated the execution of the deceased who is their accomplice in the stupefying and fraudulent scheme.

“The suspect together with the deceased and others not before court allegedly operated an elaborate stupefying syndicate within the republic of Kenya. The murder of Mugo is attributed to a deal gone sour.”

Corporal Kapario Lekakeny said the case is complex and detectives needed time to travel to Mombasa, Nakuru, and Kiambu where they suspect the firearm used in the killing is hidden.

“It’s in the interest of justice, the family of the deceased are still mourning and when we wanted to record their statements we were unable because they are still traumatized,” Lekakeny added.

The investigating officer also noted Gachoki has no fixed place of abode and is a flight risk.

“Although the suspect surrendered to the police, he failed to produce his mobile phone which is believed to possess vital information that would assist the investigators. Therefore, investigations require the time to travel to Nakuru and Mombasa to collect more evidence,” Lekakeny said.

“Karani demonstrated to be a flight risk for failing to present himself immediately to the police even after learning that he was wanted by police through DCI Facebook wall on May 20, 2022.”

Gachoki is being held at the Kasarani Police Station for 14 days.

The case will be mentioned on June 8.

I Won’t Pay a Shilling, Bring the Child To Me: Sonko Rubbishes Child Support Suit < Previous
Here are the Trending Memes and Tweets This Wednesday Next >
Recommended stories you may like: