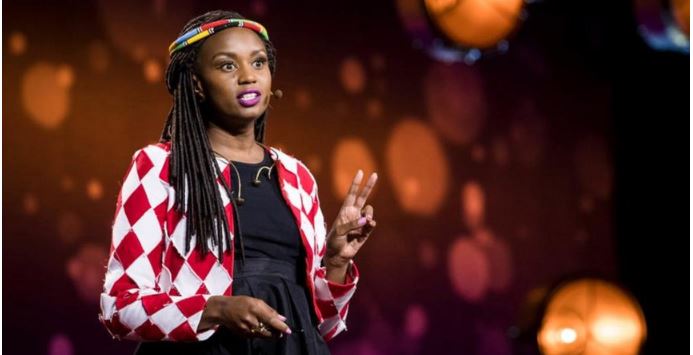 Kenyan filmmaker Wanuri Kahiu, renowned for the lesbian love story Rafiki, has become the only Kenyan to be named a member of the Academy of Motion Picture Arts and Science.

The Academy, which announced a record-breaking 928 new members in an increased push for diversity, is known for its prestigious annual Academy Awards, officially known as “The Oscars”. 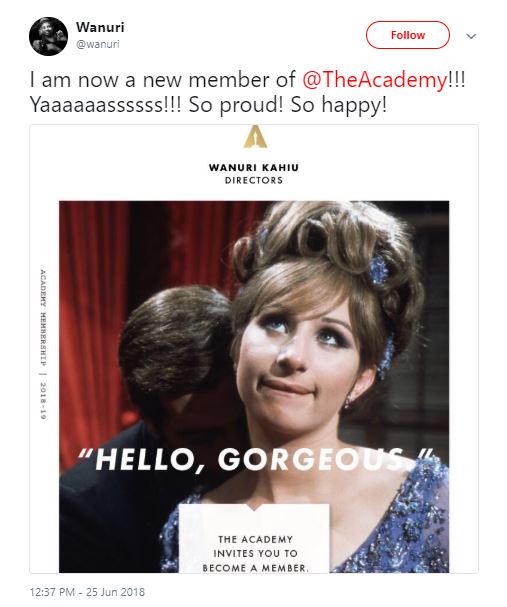 Wanuri’s breakout film appeared to have gained more prominence worldwide after it was banned locally by the Kenya Film Classification Board.

KFCB Chief Ezekiel Mutua argued that the film sought to “normalise homosexuality in Kenya” and condemned it for showing “the resilience of the youngsters involved in lesbianism.”

This proved to be a shot in the foot by Ezekiel Mutua as Wanuri went on to sign with The Gotham Group, which has produced such projects as The Spiderwick Chronicles and The Maze Runner franchise.

News of her admission to the Academy must be hard to take for the enemy of progress Ezekiel Mutua who had vowed to stifle her feature film.

Related: “Get a Wife and Settle Down,” Ezekiel Mutua Tells Larry Madowo

Besides Rafiki, Wanuri has shot other award-winning movies like her 2008 feature From a Whisper, which was based on the real events surrounding the bombings of the US Embassy in Nairobi. It won multiple awards at the Africa Academy Awards, including best director and best picture.

Her short sci-fi film, Pumzi, which she wrote and produced, screened at Sundance in 2010, won the Venice Film Festival’s “Award of the City of Venice,” and was named best short film at Cannes in 2010.

Fareed Khimani Makes Radio Comeback < Previous
Police Officer Shoots Three, Kills Self in Bar ‘After Being Denied Alcohol’ Next >
Recommended stories you may like: