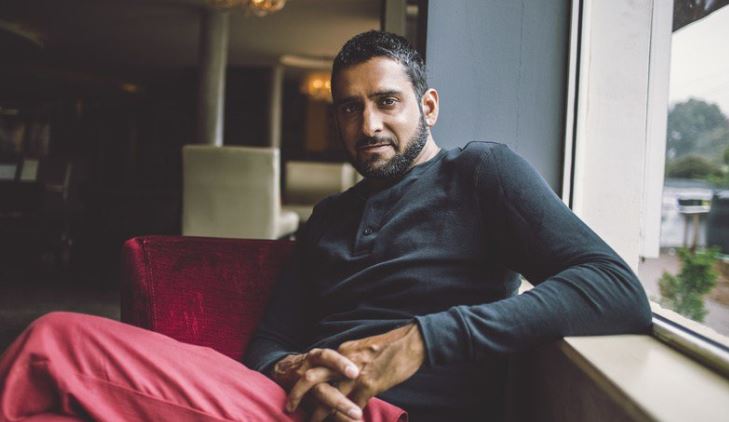 Khimani announced his return via his Twitter handle, disclosing that he will be hosting the morning show from Monday to Friday.

The radio guru who worked for Nation FM in the early 2000s is making a comeback on Nation FM, two years after it closed down alongside QTV, QFM and Rwanda’s KFM, in what Nation Media Group termed as cost cutting and restructuring.

Khimani’s comeback comes at a time when Nation is planning to resume normal programming on its radio stations. 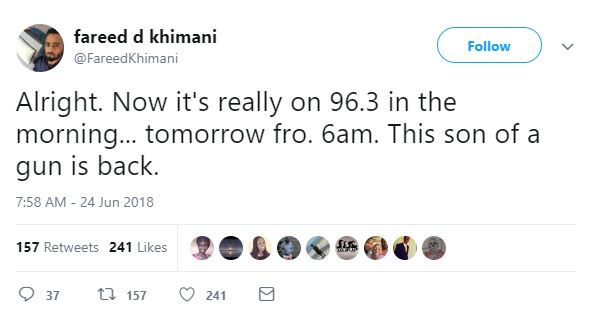 Clifford Machoka, NMG Head of Corporate and Regulatory Affairs, said the media house plans to recruit a number of media personalities as the radio division warms its way back to the airwaves.

He added Nation FM will for now focus on music programming as NMG continues to roll out its new strategy. Machoka added that Khimani’s show will focus on music and entertainment.

“It is a quick witted humorous show hosted by the enigmatic Fareed Khimani that primarily focuses on music and entertainment. The target audience is ‘university – up’ i.e from 18 to 30 male or female who are tech savvy. The show will air every weekday from 6 am to 9 am, helping you through your commute or your tasks at work,” he is quoted as saying by Business Today.

With a vast experience in radio, Khimani has previously worked at Capital FM and XFM. He quit radio a few years ago before returning with an online radio show, 54live, that was streamed on You Tube focusing on the entire continent.