Police Officer Shoots Three, Kills Self in Bar ‘After Being Denied Alcohol’ 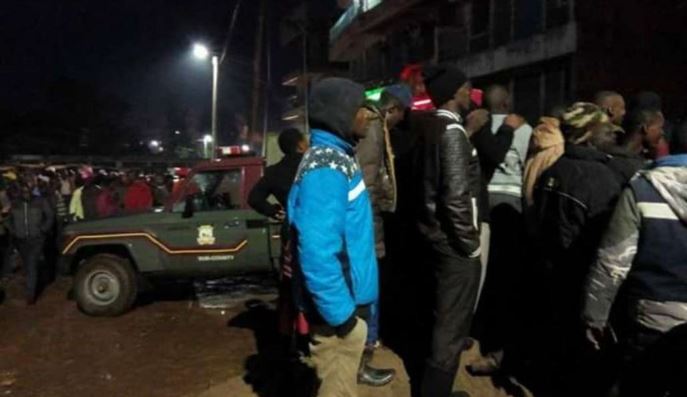 An Administration Police (AP) officer attached to Litein AP camp on Tuesday shot three civilians before turning his gun on himself after he was allegedly denied a drink.

Confirming the incident, Kericho Police Commander James Mugera said the incident occurred after a waitress at Diamond Club in Litein, Bureti Constituency declined to serve the AP who was in uniform.

“The officer was on his way to work and decided to pass by the club for a drink but after the waiter refused to serve him an alcoholic drink since he was in uniform, the officer took out his rifle and shot her in the stomach wounding her,” said Mugera.

Also caught in the line of fire were a doctor and a banker who were rushed to Litein Mission Hospital for treatment. The doctor was shot in the knee while the Kenya Commercial Bank employee was hit on the chest.

The police boss said after the shooting, the police officer shot himself in the head and died on the spot.

“We have launched investigations to determine whether there were other underlying issues besides what we have managed to gather in the preliminary investigations,” said Mugera.

The officer is said to have been in a relationship with the waitress but it had turned frosty.

“The refusal of a drink was a sign of rejection and was the tipping point for the officer,” an anonymous source is quoted as saying.