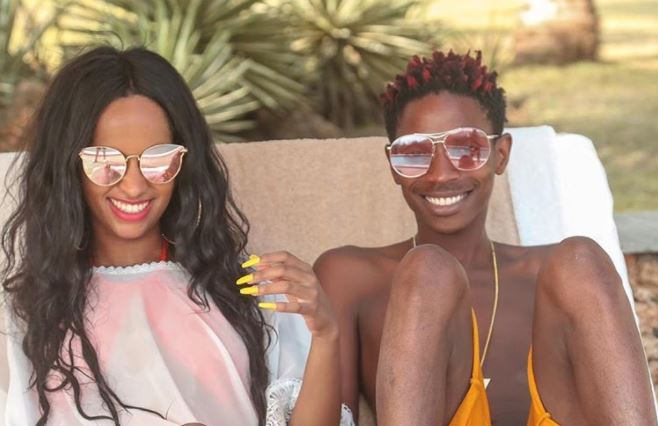 The top comedian has been the talk of the town since a wardrobe malfunction that exposed his private parts. According to the comedian, the viral picture was not intentional.

“No, it was not intentional. I had innocently posted the picture and four minutes after it went online, I noticed that I was receiving a lot of comments on it. I logged in to check the Instagram users’ feedback. It is then that I realised that a part of my manhood was showing through my pair of shorts,” said Omondi.

Intentional or not, internet comedians have been having a ball with his balls, with the most recent being the multi-talented comedian, singer, actor Pascal Tokodi.

Pascal, together with George Kimani, co-founder of Vines of Africa, has created a hilarious depiction of two “slayqueens” discussing Eric Omondi’s nuts.

Word on the street has it that this is the best video on the internet. Watch below.

Hitmaker Darassa Speaks Up on Reports of Drug Abuse and Addiction < Previous
BFFs Timmy Tdat and Otile Brown Break Up After Exchanging Blows at Vanessa Mdee’s Party Next >
Recommended stories you may like: