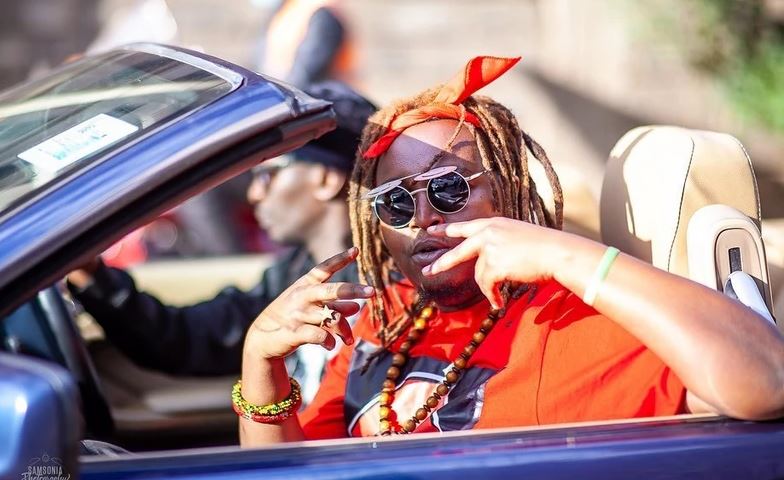 Rapper Nelly The Goon of the Ochungulo Family gengetone group has broken his silence explaining why he hasn’t been active in the music scene.

In May of this year, Ochungulo Family overturned an earlier statement that indicated they had split up. Nelly the Goon and fellow group members Benzema, Dmore insisted that they were still together and working on a new album.

True to their word, on August 29, 2022, Ochungulo dropped a seven-track project dubbed ‘Tamasha’.

Since then, the ‘Kaa na Mama Yako’ hitmakers have been relatively quiet, with Nelly the Goon recently coming out of the shadows to address his fans.

On his OG stories, Nelly admitted to struggling and suffering from general fatigue. He said the situation has affected his creativity and asked his fans not to give up on him.

“Wagwan fans of Nellythegoon worldwide. I know things are moving slowly from my side. I’ve been struggling a lot. I’m currently in some place in Kajiado right now and I feel like it’s getting hard for me to keep up with my music lately,” he wrote.

He added: “I’m mentally, spiritually and financially tired right now but I just want you all to keep believing in me as much as you believe in yourselves. Never give up on me.”

Nadia Mukami: “Let No Man Lie To You To Sire A Child For Them” < Previous
Kikuyu Singer Karangu Muraya To Launch TV Station Next Month Next >
Recommended stories you may like: