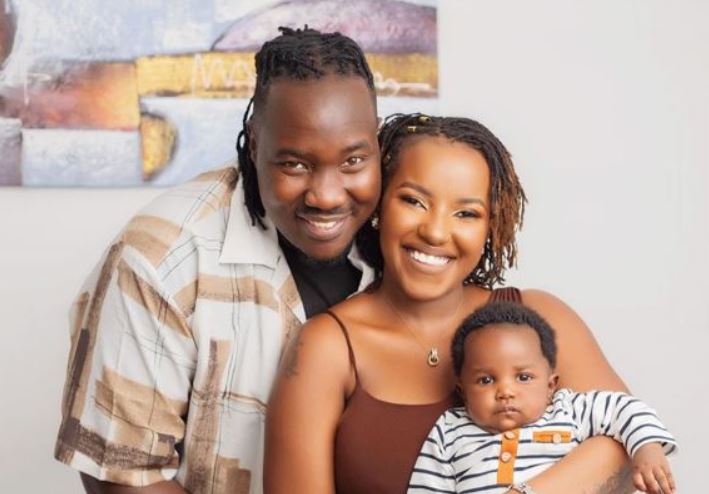 The worst-kept secret is finally out; Willis Raburu and bae Ivy Namu are pregnant!

After weeks of speculation about the pregnancy, the confirmation has finally come from the horse’s mouth.

The lovebirds and co-workers on Thursday broke the news in a joint announcement on Instagram. They shared a cute reel showing off Namu’s bulging baby bump, and their firstborn son doning a T-shirt branded “Big Bro.”

“WE DID IT AGAIN! One More to adore! #Bazu #Mazu #BabyBazu +1” they wrote alongside the short clip.

The pregnancy reveal comes weeks after Ivy Namu called out internet users who were bombarding her with questions about being pregnant.

“This question is very funny. With all the factors surrounding pregnancy, surely it should be up to the peeps involved to share the news on their own time. I find it impolite to ask such a personal question,” she politely told her fans.

And it seems Raburu has been “putting in the work” with their second baby coming less than a year after Namu delivered their firstborn son.

In Khaligraph Jones’s own words, “Congratulations bro, you are overworking!”

Pritty Vishy Opens Up on Culture Shock after Moving From Kibera Slums to Middle-class Estate < Previous
Akothee To Release Self-authored Book, ‘Akothee Quotes’ Next >
Recommended stories you may like: