Rema Full of Praise For Karun, Advises Kenyan Artists to Support Each Other 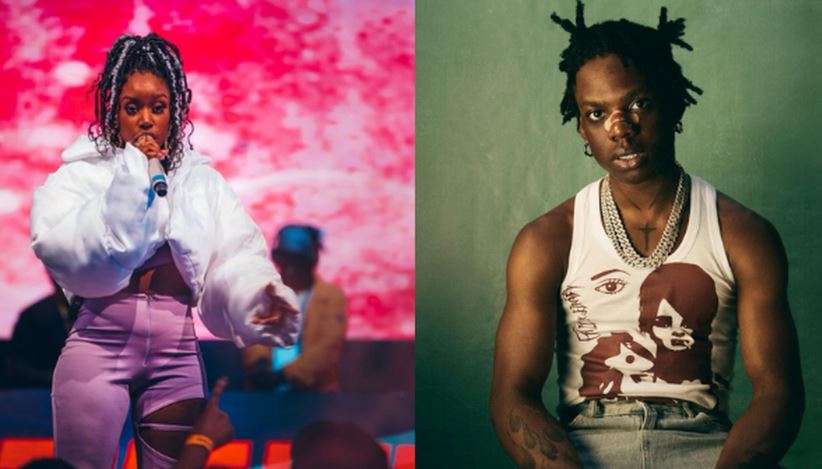 Nigerian hitmaker Rema did not only bring the house down in Nairobi but also offered some tips to Kenyan artists on how they can match the success of their Naija counterparts.

Speaking in a press conference ahead of the MNE(Mwanaume Ni Effort) FEST at the Carnivore grounds on May 7, 2022, Rema said Nigerian hitmakers are flying high internationally because they are aggressive and supportive of each other.

“We travel far away from home just to make sure we unlock a different territory to pass our message, you feel me,” he said.

The ‘Calm Down’ hitmaker urged Kenyan singers to build each other up instead of ‘beefing’ because of their fans.

“I feel like a lot of artists pay too much attention to fan-based and rivalry. So some artists don’t actually wanna work together not because they are not good but because of their fans,” he explained

“We should look past that spend more time together understand our different mind spaces and just keep working together.”

Rema also observed that Kenyan acts are underappreciated and mentioned Karun as an example. The former Camp Mulla songbird was a surprise act at Rema’s show together with Patonranking.

Rema was full of praise for Karun and indicated they would work on a project together.

“Karun is super dope, they played me one of her songs, and all the time I was like another one, another one. I listened to a lot of Karun last night, I have been rocking with a lot of Sauti Sol and I know them but Karun I think she is really special and someone told me she is not appreciated enough, is that true?” Rema posed.

He continued: “I think she is super talented and the whole world needs to hear her voice, the world needs to hear what she is doing. Her vibe is different and I have never heard that type of music before and I will tell my producer to reach out because I actually wanna work with her because she is special.”

Ochungulo Family To Drop Album, ‘We Didn’t Breakup’ < Previous
Two Househelps in Court For Stealing Ksh32M From Employer Next >
Recommended stories you may like: