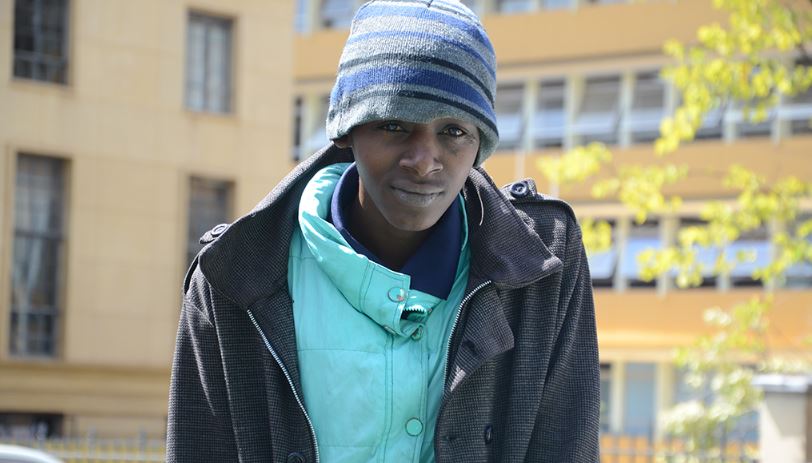 Alvin Linus Chivondo, a serial shoplifter who has been arrested twice in one month for stealing from Naivas Supermarket, has walked scot-free for the second time.

Kenyans online, including Raila Odinga, sympathized with him, and he was released after Mike Sonko settled his fine.

But on May 19, Chivondo was arrested again for shoplifting 5 litres of cooking oil and 5kgs of pishori rice valued at Sh2,817 from Naivas supermarket along Ronald Ngala street.

He was set to be charged before Milimani chief magistrate Wendy Micheni on Monday but before he could take plea, the Director of Public Prosecutions recalled his file.

It emerged that the DPP discharged Chivondo after he agreed to undergo a psychological examination at the Mathari Mental Hospital to ascertain his mental status.

His pro-bono lawyer Vienna Mongare said the state signed a diversion agreement to release Chivondo after he accepted to be subjected to mental examination and counselling.

“After the investigation of the offences and conduct of background check, it appears the interest of the public and your own will best be served by not charging you,” the agreement reads in part.

Chivondo also agreed to refrain from violation of any law.

“I acknowledge that in the event of a criminal arrest while on the diversion programme, the ODPP will have the option of terminating the programme,” the letter reads.

According to the agreement, Chivondo is required to report to the diversion officer, attend a counselling programme and all scheduled appointments and referrals as recommended by the counsellor.

“I will promptly and truthfully answer all inquiries directed to me by the court or the diversion officer, allow the officer to visit my home, place of work, or elsewhere and I will comply will all instructions he or she may give,” the letter adds.

The DPP said if Chivondo complies with the conditions during the period of diversion no criminal prosecution on this charge(s) will be instituted.

If charges have already been instituted, they will be terminated or withdrawn without prejudice upon compliance with the conditions during diversion.

CJ Koome Warns Parents Against Suing Schools For Punishing Undisciplined Students < Previous
Watch: Man Kicked Out of Bomas For Interrupting Chebukati Speech Next >
Recommended stories you may like: