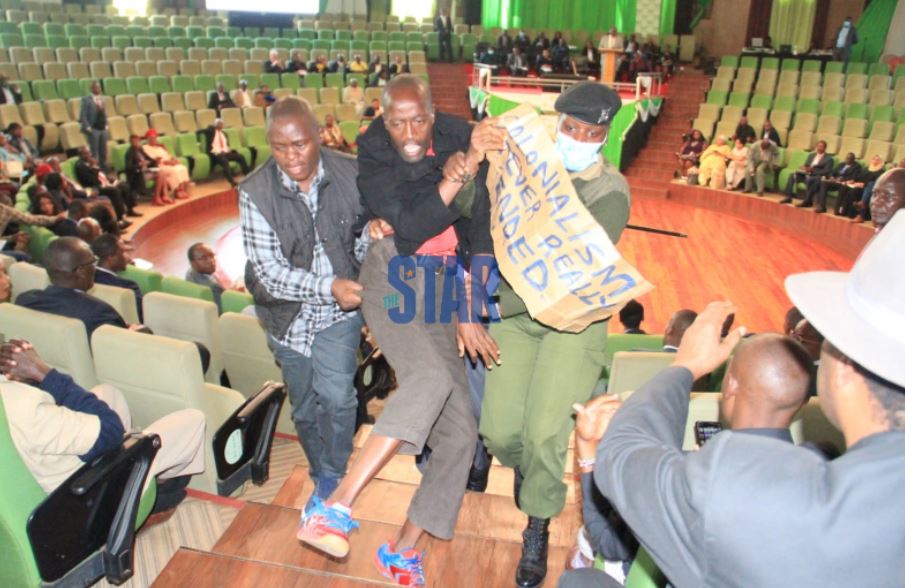 There was drama at the Bomas Of Kenya after a man interrupted a speech by the Chairman of the Independent Electoral and Boundaries Commission, Wafula Chebukati.

Chebukati was holding a meeting with presidential aspirants on Monday to discuss the August 9 polls, ahead of their clearance.

As the IEBC Chair was speaking, a man identified as Julius Kamau emerged holding a placard in an apparent protest against political leaders. 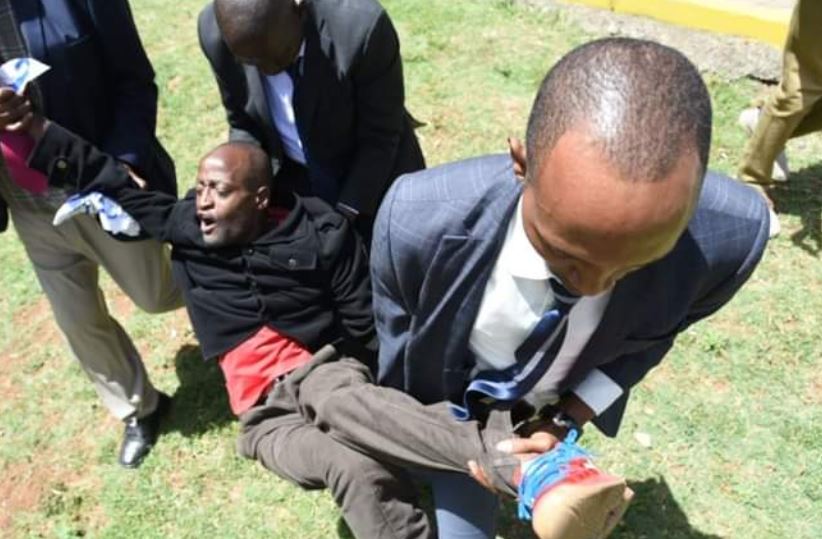 “They have stolen our future….they have stolen our country…you cannot continue treating us as slaves in our own country…Our forefathers fought and died to free this nation from the shackles of colonialism. We must stand up now and fight for the truth as we know it and as we see it…” the protester was heard saying.

A video of the incident shows police kicking the man out of Bomas as he held onto a placard that read: “Colonialism Never Really Ended.”

Here is a video courtesy of the Standard.

Man interrupts Chebukati’s speech at Bomas while claiming politicians have been lying to Kenyans. pic.twitter.com/Q5dOCMpxOZ