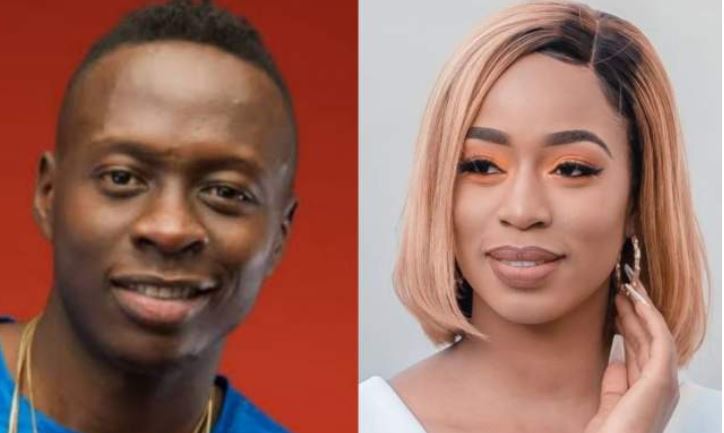 Comedian Oga Obinna has played down the move by Diana Marua to start a YouTube show similar to his.

The wife of celebrity singer Bahati runs the ‘Cook and reveal’ show on her YouTube channel, which observers claim is an imitation of Obinna’s ‘Kulacooler’ show.

Last year, Diana Marua and Bahati also came under fire after comedian Eddie Butita claimed they stole the idea for ‘Cook and Reveal’ from him.

The internet couple however denied the allegations forcing Butita take it on the chin.

“Waah @bahatikenya na @diana_marua nawapenda sana am a big fan. I worked with you because I believe in you. You know very well COOK AND REVEAL was created by Eddie Butita under Stage Presence Media. The least you should have said is sorry beacuse it is life watu hukosea and am human mimi husamehea. Lakini unajua niaje, MUNGU ndio hupeana Ideas, zingine zitakam. The truth is like light it can never be hidden it is just a matter of time. All the best,” Butita said last year.

And now, Diana Marua has been accused of copying Obinna’s YouTube content, where he interviews public personalities while dining.

Obinna said he had received several messages from fans regarding ‘Cook and Reveal’.

“I was DM’d the part that was shared online of her eating with Ringtone. I saw it and was like, wait a minute this is Kulacooler show,” Obinna said.

“I respect the hustle and I don’t have an issue with it. Someone told me she was cooking and they were eating in the kitchen or something. I can’t stop her even if she does my show. The thing is, there is no Obinna’s factor in it,” he added.

The Kiss FM radio presenter further claimed there are no hard feelings as Diana Marua is unimportant.