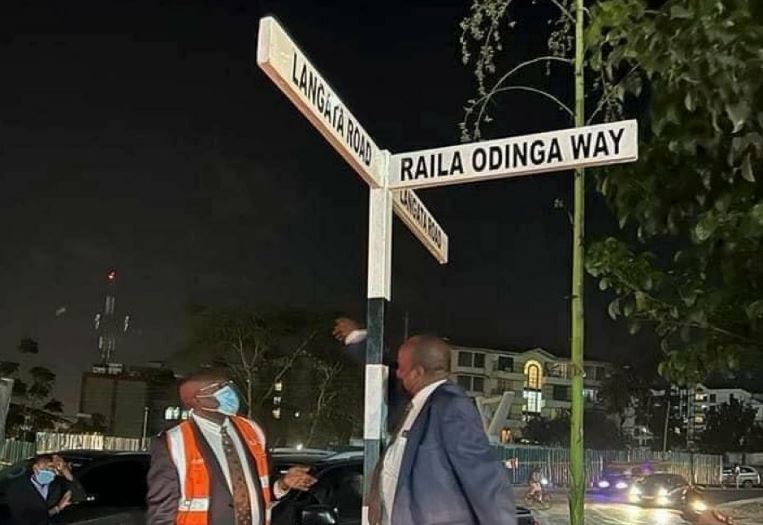 Nairobi’s Mbagathi Way has finally been renamed after former Prime Minister Raila Odinga. This comes less than a month after a motion to make the name change was approved by Nairobi County Assembly.

The motion to rename the road was sponsored by Makongeni MCA Peter Imwatok, and it received wide support among other members of the county assembly.

“Raila fought for a greater democratic space, good governance, rule of law and development of infrastructure against innumerable odds, including detention without trial for 10 years,” Imwatok noted then.

On Friday morning, motorists woke up to signage informing them that they are now on ‘Raila Odinga Way’. It is the first major artery in Nairobi to be named after the ODM leader.

The renaming is feting for the former PM, since planning for the road was done when he was the Roads Minister. It become the first road in Kenya to be built of concrete instead of asphalt, and still is the only one.

The road is also in the constituency he represented in parliament.

This name change is just the first step in a complete renaming of every public facility on that stretch of road.

How Kenyans Get Conned Buying Overpriced ‘Prime Land’ in the Wilderness < Previous
State of the Economy: 560 Judiciary Jobs Attract 60,000 Applicants… So Far Next >
Recommended stories you may like: