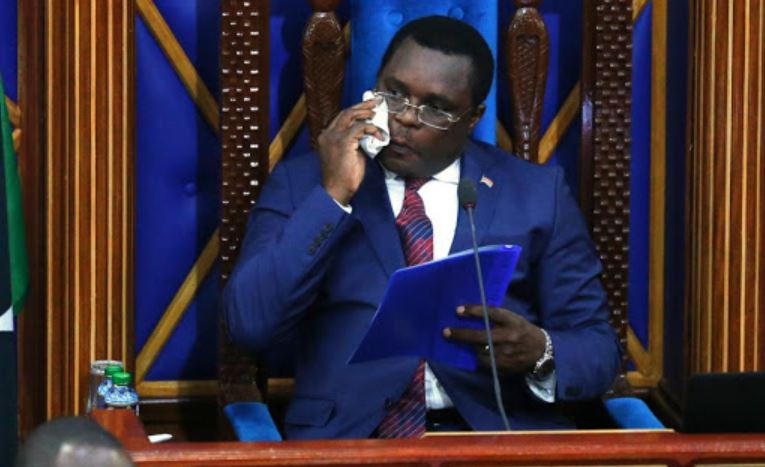 The Senate has reprimanded four media stations for airing a fake video of the House’s proceedings in which Murang’a Senator Irungu Kang’ata was said to be at Sabina Joy bar and brothel.

The Speaker let off the media houses with a caution and warned them that a repeat violation of broadcasting rules would lead to more severe action.

Speaker Lusaka noted that the stations owned up to their mistake, hence the decision to reprimand them.

“The Star digital, Citizen digital, K24 TV and Kameme TV either pulled down, and/or apologised to Senator Irungu Kang’ata and the Senate for the complaint on the recording. These media houses acknowledged that they had aired a manipulated video and went on to broadcast the correct version of the proceedings. These are acts of contrition and I will take them into account as mitigating factors.

“It needs to be noted that the conduct of the media houses in breaching the rules on broadcasting was serious and should be treated as such. This conduct is particularly worrying and must be nipped in the bud coming, as it does, in the electioneering season,” the Speaker said.

“Taking all the relevant factors into consideration, including the apology and retraction I have referred to earlier, I consider that a reprimand issued to the four media houses for contravening the Rule 5 & 6 of the Broadcasting Rules, the media houses are reprimanded and cautioned that a repeat of the offending conduct will invite far more severe action,” Lusaka added.

14 Hand Sanitizer Brands Suspended Over Quality Standards < Previous
Kibera Woman Jailed For Insulting Neighbour Next >
Recommended stories you may like: