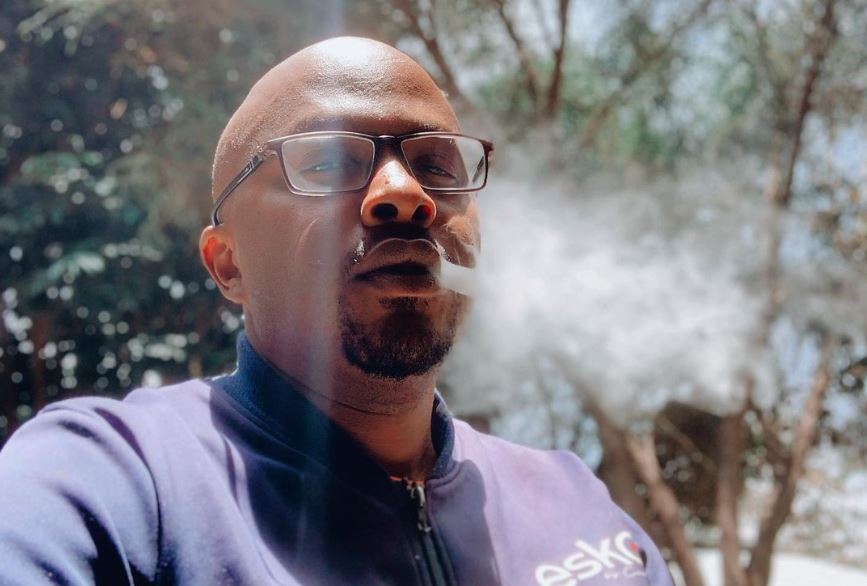 As the world marked the 420 marijuana holiday on Tuesday, April 20, DJ Crème De La Crème was among those who celebrated the annual event in Kenya.

The prolific entertainer revealed that he has been smoking marijuana for more than two decades.

To debunk the popular belief that marijuana is harmful, Crème said he is doing well in life.

“I have been using weed for the last 24 years and see, my life turned out pretty well…furthermore I was an A student,” he told the Standard.

Crème, however, noted that he does not advocate for the abuse of the ‘holy herb’. He said the benefits outweigh the harm.

The music producer at the same time called for marijuana legalization in Kenya saying it is long overdue.

“This conversation should have taken place like 20years ago. We live in pretense where people smoke in private then come out to castigate marijuana as a deadly drug. Furthermore, how many people have you heard of that have succumbed to overdose intake of the same?” he posed.

Creme also recounted his experience in Amsterdam, where coffeeshops act as legal dispensaries for marijuan.

“I worked in Amsterdam for some time and believe you me, people just walk into ‘coffee shops’ where weed is sold and you are given a menu like any other restaurant, then you get the weed of your choice. In addition to that, if you look at their crime rate it is extremely low.  If the same was done in Kenya we wouldn’t have scenarios of people abusing weed,” he argued.

The ‘Esko’ clothing line founder has since relocated to Kericho. He said gigs have been hard to come by but he still manages to get some shows here and there as he waits for the lockdown and curfew measures to be lifted.

“I am mostly occupied with Esko as we wait for the reopening,” he said.