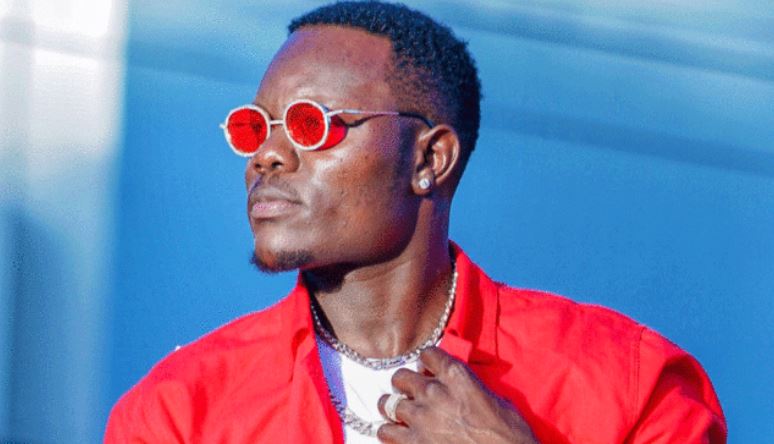 First off, tell us a bit about Badman the song. What is it all about?

It’s basically an Afro pop dancehall tune. I am trying to introduce a new musical vibe and thank God it has been received quite well. It is just a feel-good party song.

What prompted you to bring in a new twist to your style, which was more of Bongo, to a more upbeat sound?

I had to think smart and focus on a more business-related genre. Bongo is definitely more dominated, which is not a bad thing, but it could have been so hard for me to stand out and sell my art out there.

That’s why I decided to fuse Afro pop and dancehall to create a different and unique sound, which has so far shown every sign of succeeding, thanks to Badman.

So, how has the reception been?

It has been good; I can’t complain. When I released the song, a popular East African dancehall artiste reached out to me, applauding the song and my work. Hopefully, we will be working on something together soon.

While creating your new style, were you in any way inspired by Ugandan artiste Apass?

Well, that sounds new to me, but he is also good at his craft. My wish is not to be a replica of anyone, but to create something that will make me uniquely stand out.

As an artiste, how are you managing to work through the Covid-19 pandemic?

It has been really a huge challenge, but with the available resources such as social media, I have had to work extra hard to ensure my music is on the mainstream media and I am grateful because people have been supporting my new vibe hence making it more popular all over.

Do you think music has played a crucial role during the pandemic?

Affirmative. Music, as we know it, is a universal language. No doubt about that. Besides entertainment, we have used music as a tool to send messages about the importance of social distancing and the general guidelines issued by the government to prevent the spread of the virus. Musicians are doing extremely well.

However, we can do more, maybe creating a Music Union and arrange virtual concerts to raise funds to help the less privileged in the society.

Personally, how has the pandemic affected you and your art?

I have reorganised every plan I had towards promoting my music, especially my album Mastermind.

Most media houses could no longer offer interviews that would have enabled me as an artiste to reach out to my fans in different parts of the country. But if we obey all the government directives regarding the ongoing pandemic, hopefully we would be back to normalcy the soonest.

Tell us a bit about Mastermind the album.

The album will be purely international vibes. People should expect ‘mature’ content as I have featured some of the top Kenyan music heavyweights. I assure my fans that the album will be memorable.

What advice can you give to up and coming artistes, especially during these challenging times?

Believe in yourself and do it. Don’t allow anybody or any situation to dictate what you should do because you are capable of doing the impossible.

An IT Professional’s Guide in Preparing for Google Analytics Certification (Plus Tips in Using Exam Dumps) < Previous
Halima Hussein: Meet 21-year-old Founder of Organic Cosmetic Line ‘HH Glam’ Next >
Recommended stories you may like: