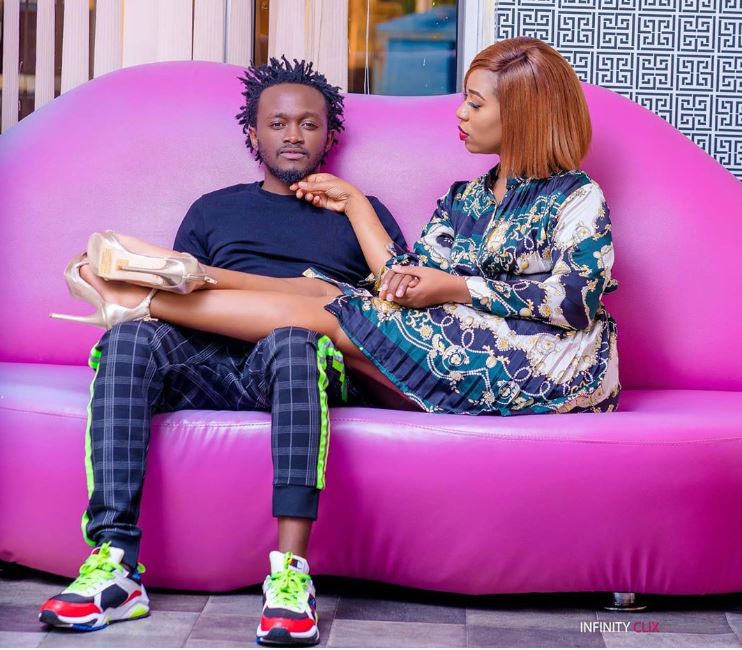 Gospel singer Bahati sparked plenty of reactions on Thursday after making a seemingly arrogant comment about his wife, Diana Marua.

At a time when the controversial gospel hitmaker is on the spot from cyberbullies and trolls, Bahati ruffled more feathers after claiming that his wife can’t fit in a bedsitter.

Bahati was addressing trolls who he claimed have been disrespecting Diana on social media over their age difference.

The singer has been on a mission to defend his wife after rapper Khaligraph Jones referenced the couple in his new song about the cyberbullying culture in Kenya. In the track dubbed ‘HAO’, Khali raps that: “Bahati Akianza Alikua Mtoto Wa Mama, Sahiiii Ni Mtoto Wa Diana.”

In response to the line, Bahati reposted it in his accounts saying, “I’m Loving it.”

He followed it up with a photoshopped image of Diana holding him as a toddler and captioned it: “ONE WORD FOR “MTOTO WA DIANA” ?.” 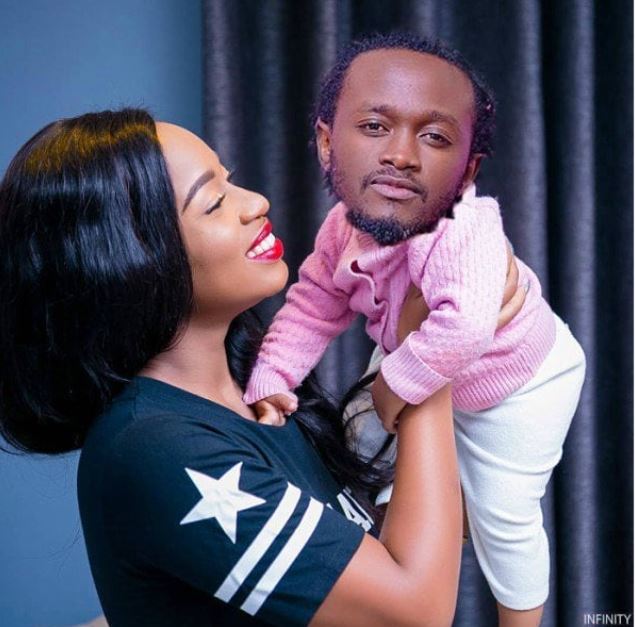 On Thursday, however, Bahati appeared to bite off more than he can chew after telling trolls that Diana can’t fit in their supposed bedsitters.

This sparked hundreds of wild comments from Kenyans online who absolutely love to slate personalities who brag about being rich and successful. 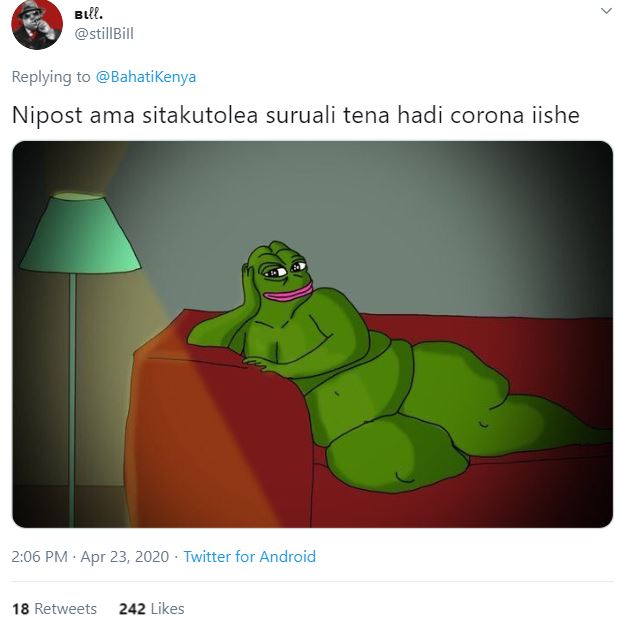 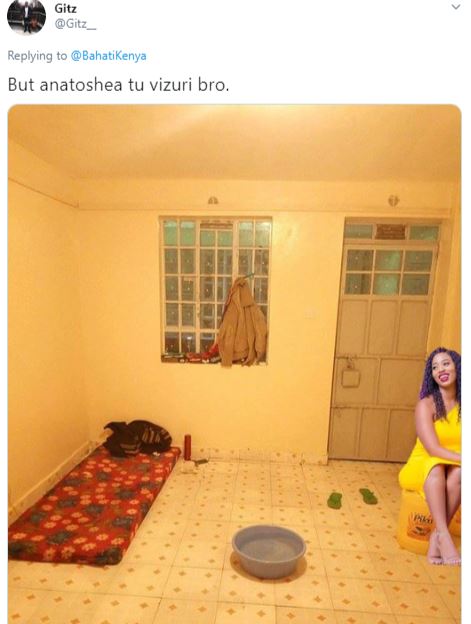 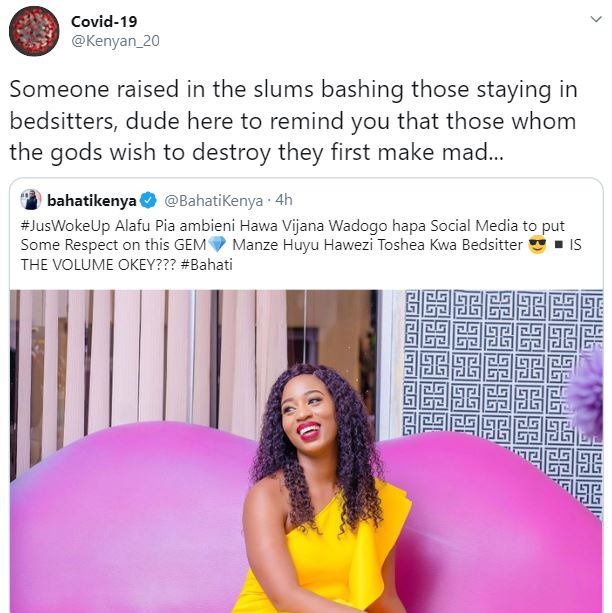 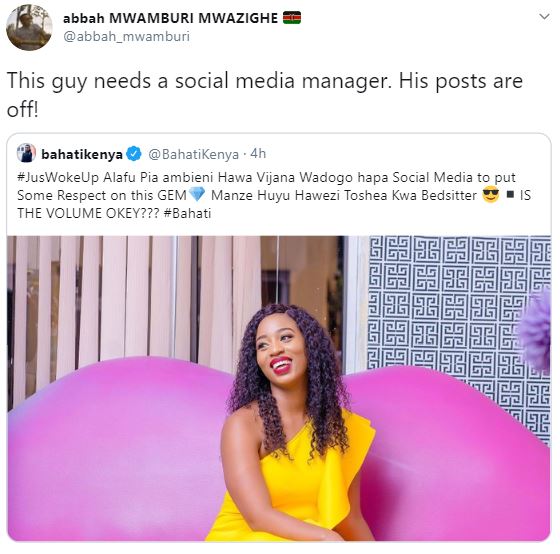 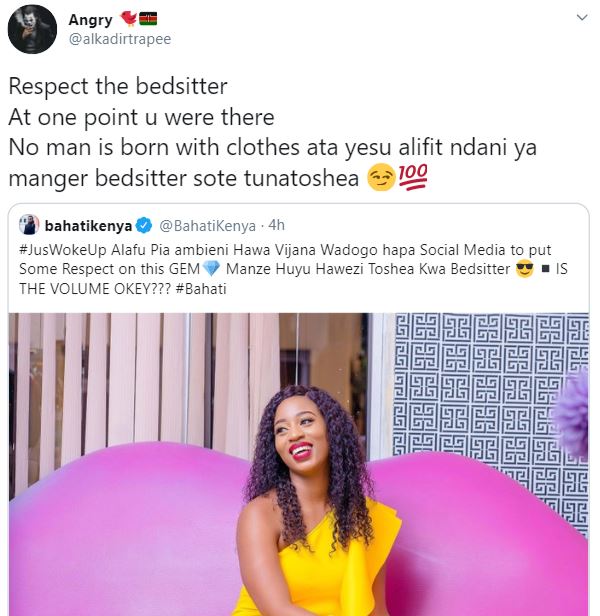 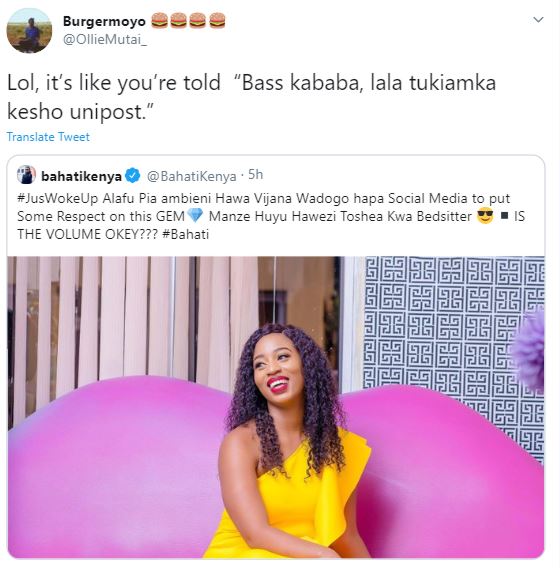 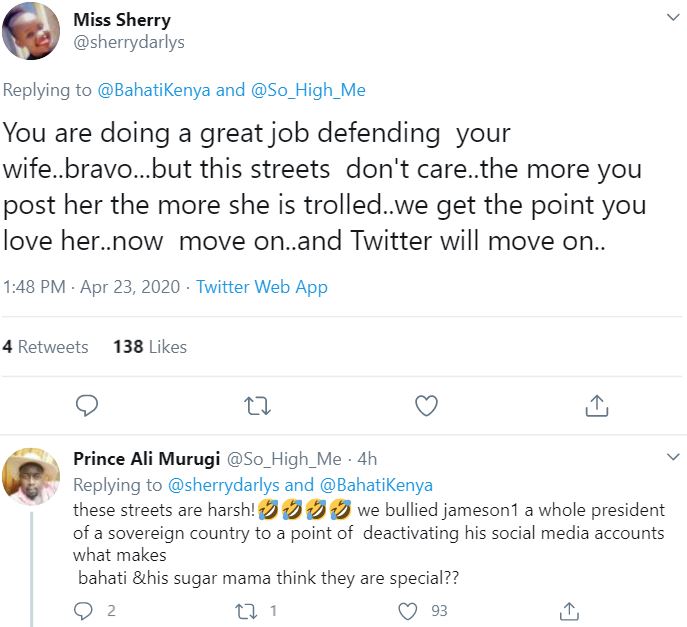 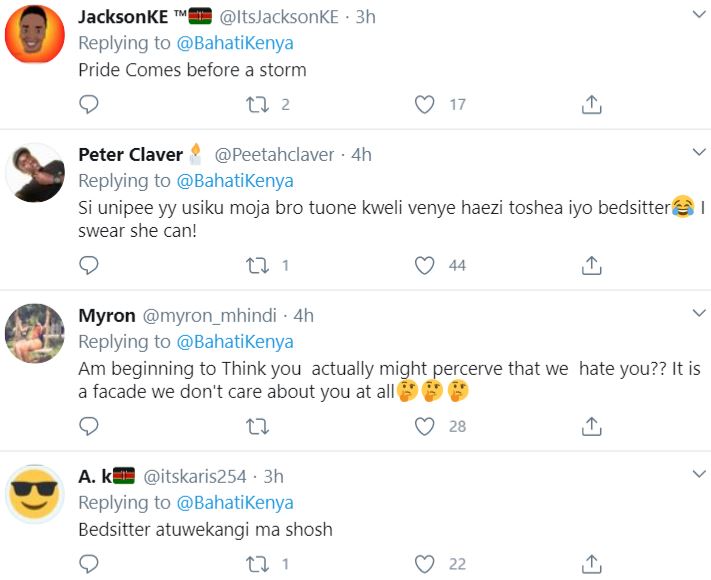 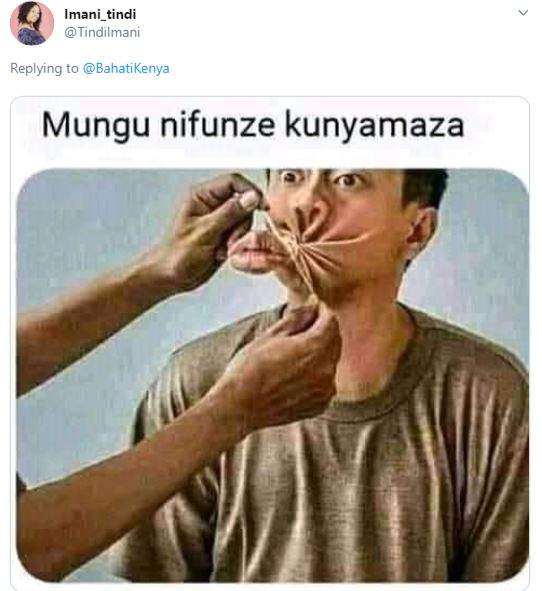 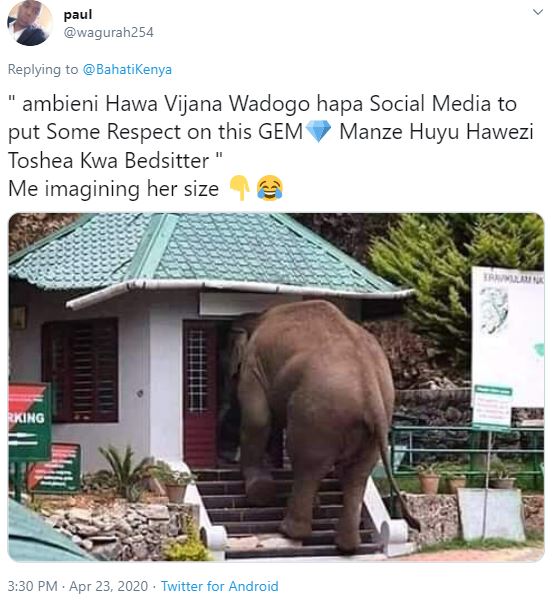 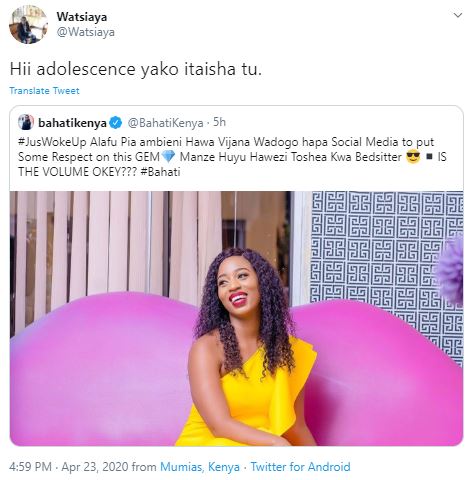 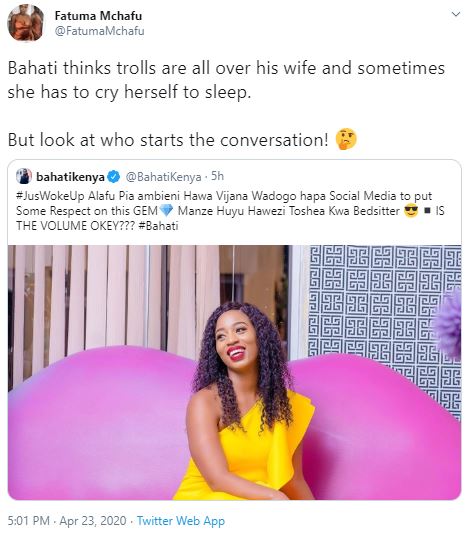 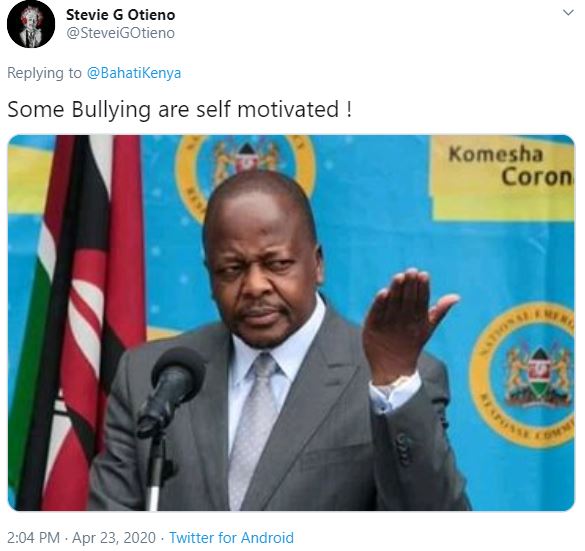 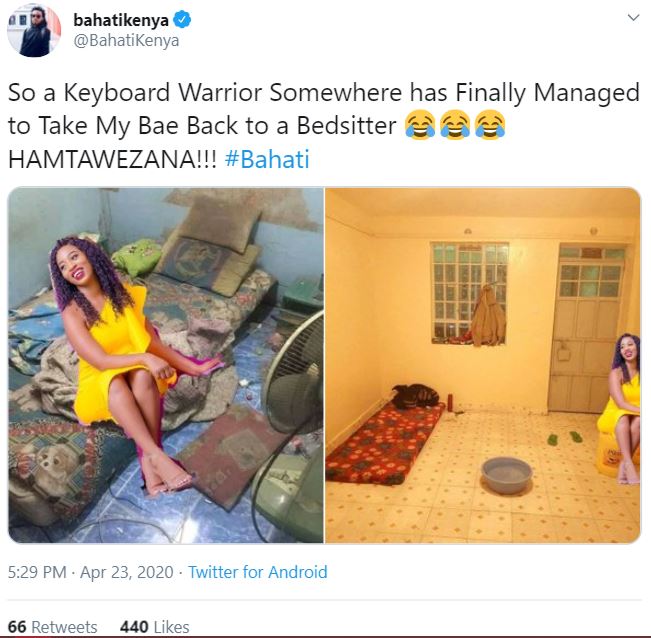 “Male Cop Asked How Much I Charge for Sex,” says Nyasuguta Following Arrest Over Public Disturbance < Previous
Utalii College and Hotel Clarifies Reported Closure Over Bankruptcy Next >
Recommended stories you may like: