‘Join Us’ – Atheists in Kenya to Willis Raburu’s Wife 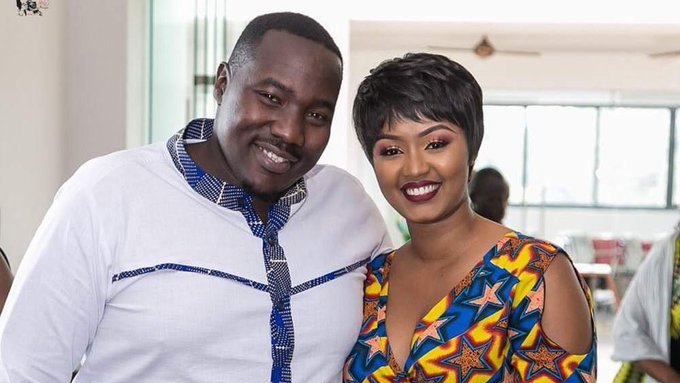 Maryaprude, the wife of Citizen TV presenter Willis Raburu, has been invited to join the Atheists in Kenya Society(AIK).

This is after Marya appeared to sever her ties with God following the loss of her unborn child.

Never ones to shy away from courting controversy, Kenyan atheists led by AIK founder and Chairman Harrison Mumia, pounced on the opportunity to grow their numbers and sent the special request to Mary via Twitter.

According to AIK, Maryaprude has finally realised that God “does not exist.”

“It’s time for Willy Raburu’s wife to join our Society! She has finally realized that God doesn’t exist!” posted Atheist in Kenya Society. 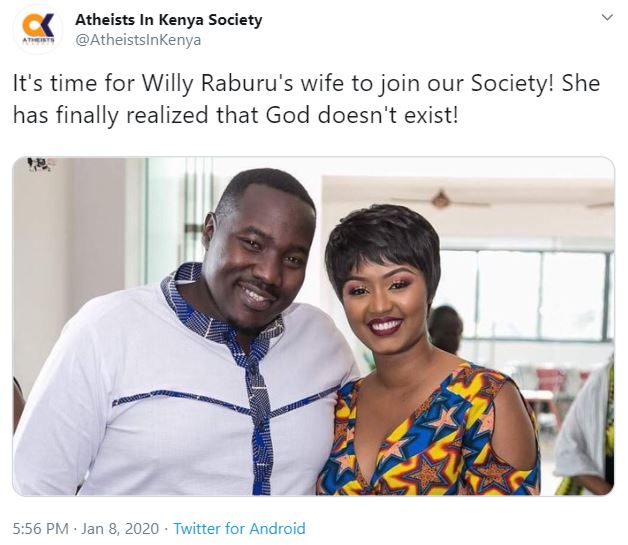 In a candid social media post this week, Maryaprude appeared to take issue with God for “leaving her in her time of need”.

She noted how people have been encouraging her to turn to God, adding that she always trusted Him but He didn’t prove himself.

“Everyone is so quick to tell me about God. What they don’t know is that every way I knew Him, He was tested and He didn’t prove Himself,” Marya wrote.

She added that she does not know God and doesn’t want to know Him.

Avril and Naiboi Exchange Words on Instagram Over ‘2 in 1’ Music Video < Previous
‘Body Goals!’ – Amina Mude Stuns in Swimsuit after Remarkable Weightloss Next >
Recommended stories you may like: