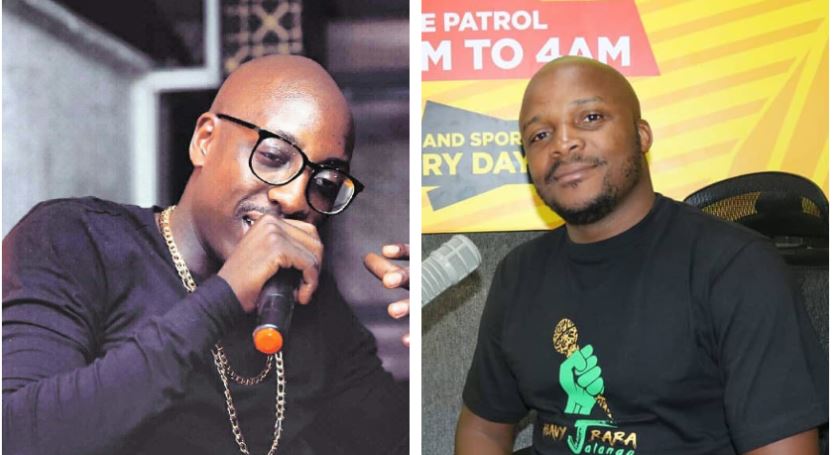 The debate that is Kenya’s struggling music industry may have simmered down in recent times but there are still things that need to be said.

During the heated debate last month, radio presenter Jalango fired shots at Sauti Sol claiming that they are among artistes who are letting the industry down.

He noted that the MTV Award-winning band has a lot of experience and knowledge on how to maneuver in the industry but has refused to share with local artistes.

However, Sauti Sol vocalist Bien Baraza has not taken these claims lying down. He says they have been working tirelessly on how they can help the industry but Jalang’o never bothered to investigate.

“Jalang’o is the biggest letdown but that’s a story for another day. I’m a letdown if i see a brother putting down another brother. He’s my guy and he knows the plans that have been underway. I would expect him to have called me first instead of politicizing the whole thing. I got really pissed and actually went off on him on that,” he said.

Bien continued, “Polycarp is doing a copyright course at Harvard. Just all these things. I launched Kenya writers association, those are the things he (jalang’o) didn’t know we were doing in the background so that we can have a better dispensation for our artistes.”

The guitarist also vowed that their new record label Sol Generations will show their hard work.

“Labels have been started but have fallen for a reason because people are not putting organisational structure behind them. And so we’ve been doing for the last year for our fans have not been just chilling and watching Kenyan music crumble. No. We’ve been taking our time to approach this animal in a different way. To my brother jalang’o what I would say is meza dawa yako. And if i go wrong, don’t fix your brother’s collar in public,” he said.

Manhunt Launched for Father Accused of Defiling Three Daughters for a Year < Previous
Eric Omondi Denies Knowing Businesswoman Accusing Him of Refusing to Pay Next >
Recommended stories you may like: