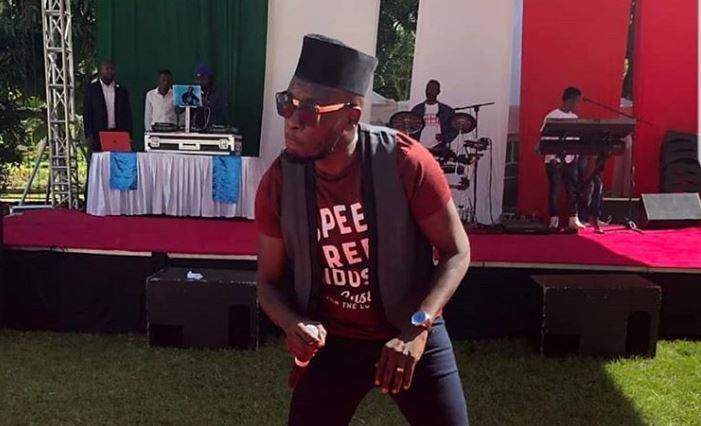 Gospel music crooner Daddy Owen says he was inspired by the loss of his eye to start the Malaika Tribute Awards.

“The event is close to my heart as one of the persons living with a disability,” Owen says.

Owen has a squint eye that got injured in a mob attack after a failed robbery attempt in a matatu. The singer was part of a gang that used to terrorize residents in Eastlands area of Nairobi. This was right after his high school education when he lived in Umoja estate.

“Before going for an operation, I lived with a dent for a while and this really made me go through some stigma because I got some attention in the streets which I did not like,” says Owen.

“Through that, I discovered that any person living with a disability goes through a lot. The stigma is very hard to handle. When you look at a disabled person, they don’t see that as normal, they feel victimized. That was the main reason I started Malaika Tribute Award to celebrate achievements by people living with various forms of disabilities,” he adds.

“I have been using one eye all through which I appreciate because there are people out there who have no arms but they are doing great things in the society.”

The awards event will be marking eight years this year since he founded it.

“It is just a way of giving back to the society because as an artiste you cannot be in the music industry for so long and there is nothing you are doing for them. The most important thing is I do something that I am doing from my heart. It is my satisfaction.”

The ‘Vanity’ hitmaker says although he can confidently speak about his condition, it took him so long to talk about it.

“The greatest lesson I have learnt is that your mind is so powerful despite your condition. Never judge people with what you see in them appreciate each person.”

Singer Kambua Recalls Near-Death Experience as a Baby: “God Saved Me” < Previous
Raila Junior: My First Salary was 10K. It was a Lot of Cash Next >
Recommended stories you may like: