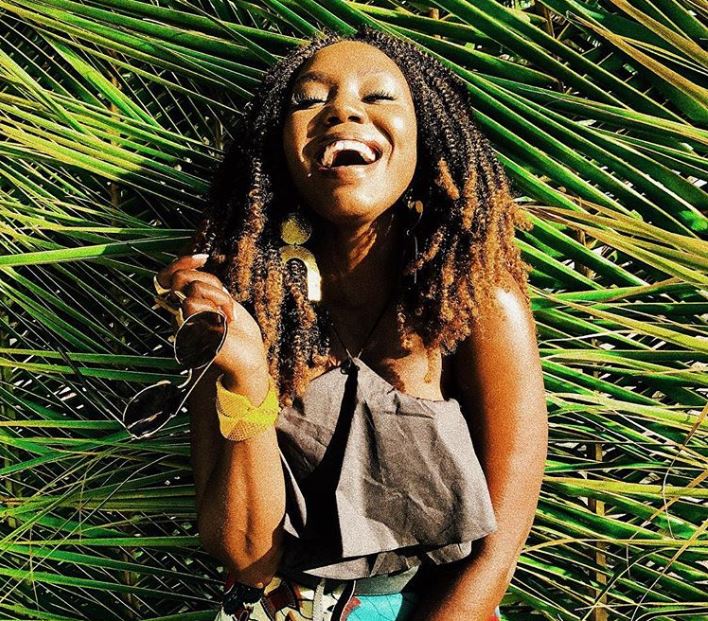 Parasailing; the new recreational item on our bucket list thanks to media girl Patricia Kihoro and filmmaker Wanuri Kahiu.

Parasailing is a popular vacation thrill where a person is towed behind a boat while attached to a specially designed canopy wing that resembles a parachute, known as a parasail wing.

According to Patricia Kihoro, it looks scary but it is breathtaking. I’m inclined to agree with her!

The ‘AfroCentral’ radio show presenter shared a short clip of her parasailing experience alongside ‘Rafiki’ filmmaker Wanuri Kahiu on Instagram, and it was enough to convince a lot of her fans to add parasailing to their bucket lists.

The two rafikis, who worked together in the lesbian love story ‘Rafiki’, did the parasailing in Costa Rica; the newest favorite holiday destination among Kenyan travel vloggers and globetrotters.

Patricia traveled to Costa Rica’s Capital San Jose as part of her 33rd birthday celebrations, taking a flight from Nairobi to NewYork and through Panama.

A couple of days ago, Ms Kihoro served some sauce on IG as she stepped out in a bikini looking sunkissed by the tropical sun above Manuel Antonio, one of the popular destinations in Costa Rica. 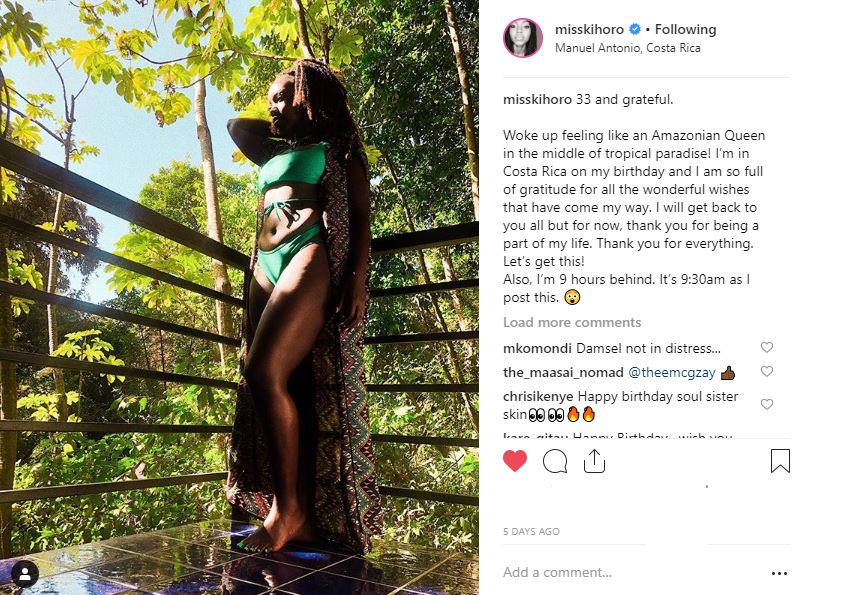 In another post, Kihoro shared a picturesque shot of her parasail with Wanuri, gliding through the air on a Superman parachute.

“So @wanuri and I did a thing. Parasailing was breathtaking,” she wrote. 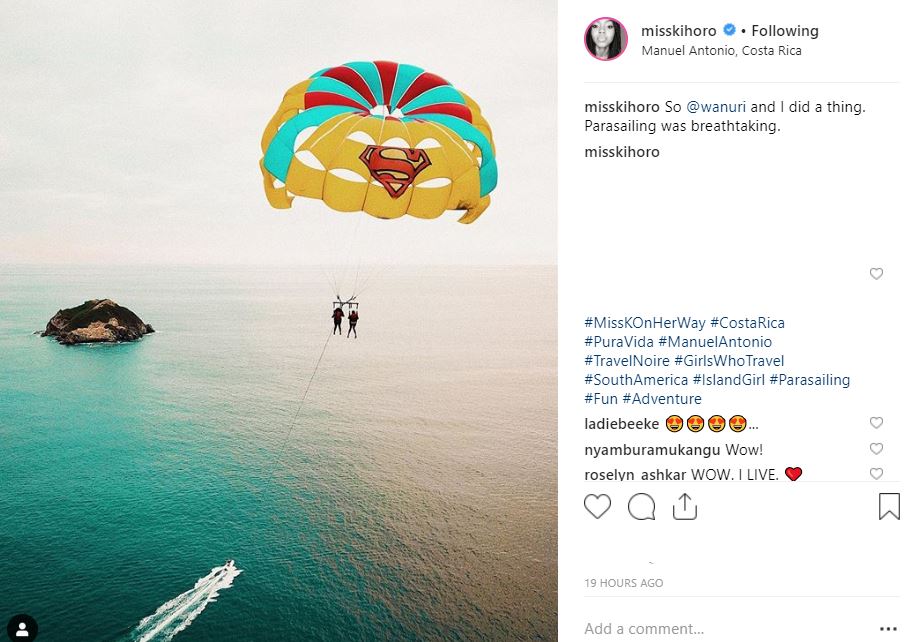 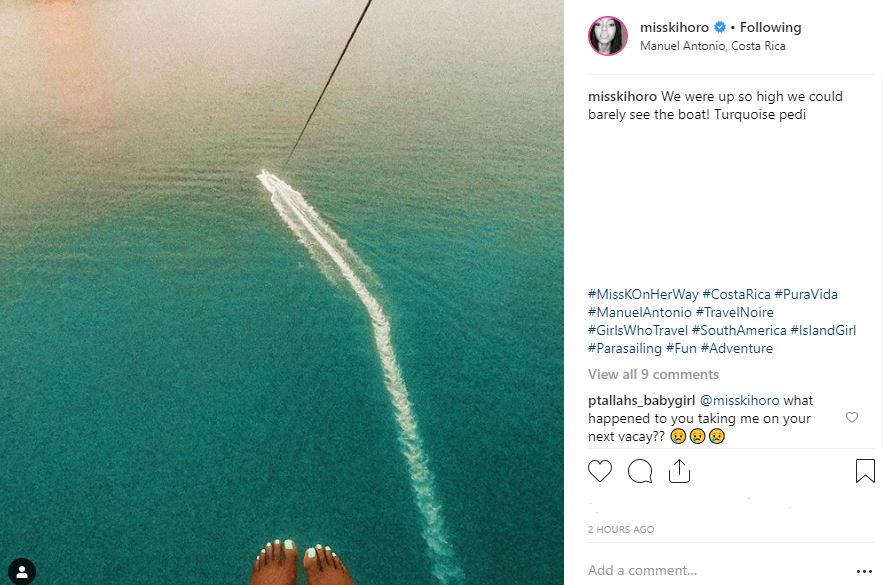 She captioned her video: “It looks scary but it honestly was one of the most calming things I’ve ever done. With a couple of flashes of fear every once in a while when @wanuri would shift to try get more comfortable.”

It looks scary but it honestly was one of the most calming things I’ve ever done. With a couple of flashes of fear every once in a while when @wanuri would shift to try get more comfortable ? ? Lichina by @fadhileemusic.

Funny Old PHOTO of Jalang’o will Inspire you to Trust the Process < Previous
Fridge Explosion Kills Woman in Eldoret, Son Hospitalised Next >
Recommended stories you may like: