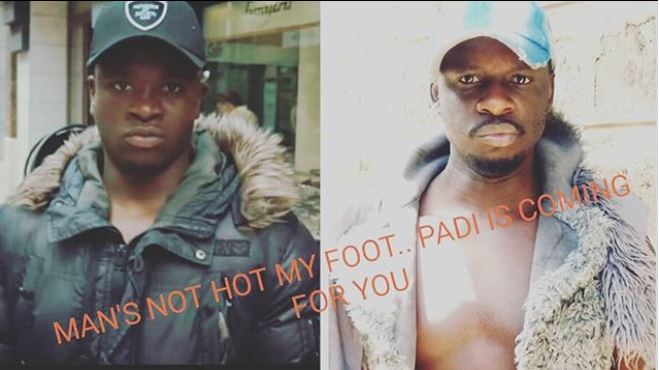 Everyone’s favorite internet comedian and parody-maker Padi Wubonn has done it again. The creative and talented content creator and his hilarious team have finally delivered their first installment of the year.

Dubbed ‘Man Hot Spot’, it is a parody of last year’s worldwide hit ‘Man’s Not Hot’ by Big Shaq. While Padi’s parody might have come a little late since the song became a craze and one of the most parodied songs of last year, ‘Man Hot Spot’ is quite different and kills two birds with one stone.

In addition to providing rib-cracking comic relief, this parody sends an important message across about the dangers of drunk driving.

In ‘Man Hot Spot’, Padi and his crew depict the often notorious and controversial breakdown services providers on Kenyan roads. These providers often work in cahoots with traffic police to tow vehicles of traffic offenders for a big payday.

They are usually unforgiving, predatory and often times inebriated(it’s a tough job I reckon), and Padi accurately showcases this as the main man in manning hot spots on Kenyan roads.

Once again, Padi has outdone himself and we already can’t wait for what he drops next. In the meantime, Man Hot Spot will be tickling our funny bones for the foreseeable future.

Why Bahati’s Accuser in Sh200K Fraud Case Has Written to the DPP AGAIN < Previous
Why KOT Are Not Happy With President Uhuru Kenyatta Praise For KNH Doctors Next >
Recommended stories you may like: