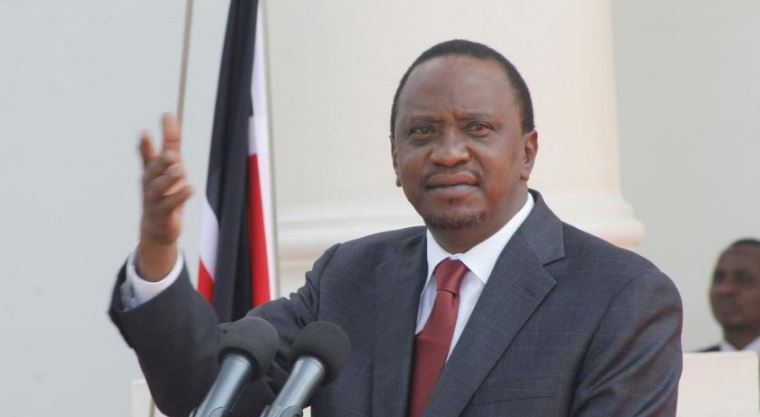 Last week, surgeons at the Kenyatta National Hospital announced that they had successfully re-implanted the severed hand of 17-year-old Joseph Theuri.

Joseph Theuri’s right hand was cut off at the wrist on January 26 after a grass cutter’s power supply went on as he was cleaning it at their home in Kiambaa, Kiambu county.

The process of re-implanting the limb began at 10 pm on January 26; the procedure took seven hours, ending at 6 am on January 27.

The young man was finally wheeled out of his hospital bed for a presser last Thursday, as Kenyans wowed at yet another KNH medical wonder.

For days, the first of its kind surgery in Kenya and sub-Saharan Africa has been the talk of the town with medical experts and common folk from around the world congratulating the team that made the re-implanting a success.

Among those who have congratulated the KNH team is President Uhuru Kenyatta. The Head of State, through the official President of Kenya Twitter handle, @PresidentKE, posted his commendation on Monday evening and it was not received well.

Coming five days after news of the surgery broke, Kenyans on Twitter faulted Uhuru Kenyatta for taking too long. They also brought up issues of corruption in the Health Ministry and the government’s treatment of doctors and nurses.

We have sampled those reactions below.

Congratulations to the team @KNH_hospital that successfully performed a landmark surgery to reclaim the hand of 17 Year-Old Joseph Theuri and in so doing placed Kenya on the Global map as a center of specialized healthcare in the region pic.twitter.com/YN1c74NdPm

Ignore and teargas them when they demand pay rise and congratulate them when they do good, just have a thought for a second, imagine if they’re paid well??? No one will travel outside to seek medication…at least show them you care??

Mani!this happened a week ago.I don’t know if you were sleeping but you celebrating our doctors and Kenyas medical field is quite laughable

You have been high all thee time…. Dude this happened centuries ago

Your sister stole 5B for MOH, Killing Primary health deliver.
You Sponsered the Killing of children who had deams of becoming doctors
These doctors and nurses merit what they are they did not steal knowledge and forced @BobGodec to validate them
president of Police force.

These people deserve HSC’s not drunkards chewing a mixture of boiled maize and beans. Secondly if you had arrested the THIEVES who stole 5B of healthcare THIS WOULD BE THE NORM RATHER THEN THE EXCEPTION. Fish surely starts rotting at the head.

So u never follow News, be aware even Raila was sworn in as 5th president

Ganja1 has just woken up from the slumber.

Sir are you behind news? Are you in Kenya? Sincerely I had this last week! My God…we are cooked as Kenyans…what went wrong?

Must Watch: Padi Wubonn Advocates for Road Safety With Hilarious ‘Man’s Not Hot’ Parody < Previous
Hilarious Meme Compilation (Tuesday February 13) Next >
Recommended stories you may like: