After Calling off her Last Wedding, Singer Sarah Nanaa Set to Wed This Year 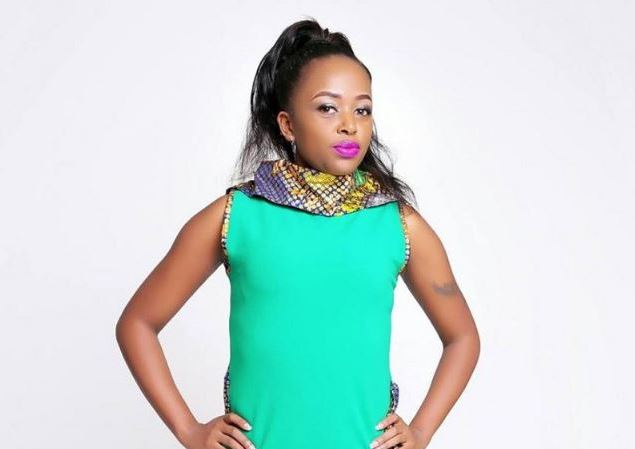 Singer Sarah Nanaa better known as Lady Nanaa is ready to settle down two years after she broke her previous engagement on her wedding.

In 2015, she reportedly called off her 2015 wedding at the last minute after allegedly stumbling a video of her then to be husband cheating on her with one of her friends.

Speaking to Pulse recently, Nanaa talked about her new fiance and wedding plans.

How has life been since the much-publicised breakup between you and your then fiancé?

All has been well…

That means you moved on…No bitterness?

I knew you would want to dwell around this subject but it is not something I really want to stick on. Life is progressive and so, yes, I moved on. Let the past be just that.

So much has happened in my life since so I would rather talk about the new. What was this interview about anyway?

You did update on your Facebook page that you are leaving the bachelorette pad. That sounds like good news…

True. I am in love and I finally plan to settle down with someone who loves and understands me as well as what I do for a living.

That is good news. Who is this lucky chap?

He does not live here. He lives in (the) US. We have been dating for quite some time now. He is not a showbiz or limelight person. Since breaking the news on Facebook, everyone has been trying to guess who this is as no one knew I was dating.

However, this was the right time to break the news as we a planning to tie the knot before the end of the year.

Yes, why not. Plans are underway. I want to settle down as I believe it is the right time to do so. At my age, I think I have matured enough to know what marriage means. I also want to build my career around this.

People do talk. I have never had an affair with a politician. The time I get involved with politicians is when I am doing events or assisting them carry projects and that is through my events company. That is business and it has nothing to do with relationships.

My fiancé is called Paul. He works in a high end place in US and I am not free to give you more details. Maybe in the future.

Talking about projects, you recently won in the Best Short Film category during the Machawood Film awards. How was that?

What most people don’t know is that I have been writing and directing as well as acting in many films lately and that is why I went a bit slow on music, which I am still doing.

The short film is called Trailing a Bond and is available on YouTube. I am currently starring in a series that starts

True, you are also part of the Bidii Talent search where singer Nonini and you are the main judges.

The Bidii Talent search is something close to my heart as I believe in nurturing talent. We have been doing county editions and the next one will be in Meru in about two weeks. So far, we have covered three regions and the reception has been good.

Meanwhile, I am recording my new music video that should be out in a few weeks. This week, I will be in Mombasa where I am shooting the video with producer Totti.