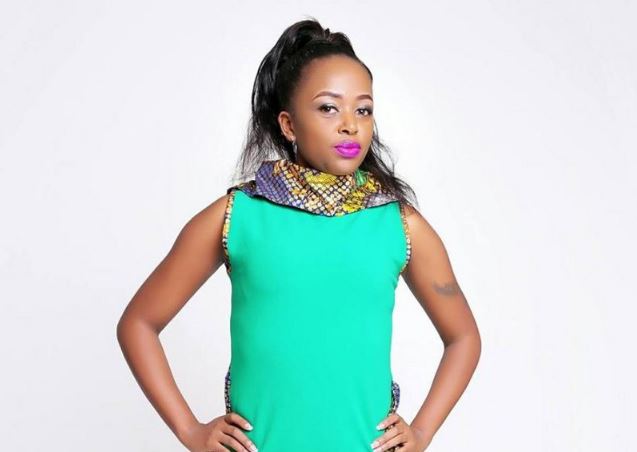 Singer Sarah Nanaa better known as Lady Nanaa is grabbing headlines once again, this time for proposing to her boyfriend.

According to the singer, gone are the days when women would wait to be proposed to.

“Yeah I popped the question and he said, ‘Yes, yes, yes!’ It is a high time we start being ourselves instead of complaining, take the initiative as a lady,” Nanaa told Word Is.

Nanaa, who allegedly called off her 2015 wedding at the last minute after reportedly coming across a video of her then to be husband cheating on her with one of her friends, popped the big question on Good Friday.

She defended the bold decision saying, “I didn’t see the big deal in waiting for him to do so and I know we both genuinely love each other.”

“Of course he was dumbfounded at first, he took like 30 seconds to take in my question,” she said, adding, “He said he had for so long waited for that very moment I would say that and I have made him the happiest man.”

Though she did not want to release the proposal photos because her fiance prefers a life away from the limelight, Nanaa revealed that the two have known each other for 16 years.

“He is someone I have known for a very long time. He knows me very well and understands me and most importantly cares and is always happy for me at all times. I have for some time had this strong feeling that my soul mate is nearby but was wondering where. After lots of prayers, God indeed kept sending him nearer and nearer.”

After Two No-Shows, Tanzanian Rapper Darassa to Finally Perform in Kenya < Previous
I Wasn’t Hospitalised with Alcohol Poisoning, Says rapper Mejja Next >
Recommended stories you may like: