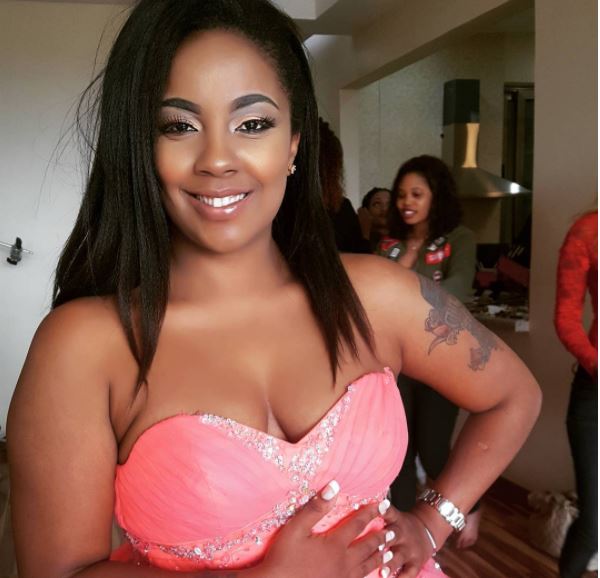 Singer Marya is plotting a sensational music comeback, five years after her short-lived stint at the top tier of Kenya’s music industry about came to an abrupt end.

The singer’s boyfriend, Kelvin Mutisya, will reportedly be the ‘Chokoza’ singer’s manager.

In January this year, the couple welcomed a baby boy and Marya has opened up about motherhood, her music comeback, and starring in the highly anticipated reality show – Queens of Nairobi – in which she expects to be reunited with her friend Avril.

You quit music and rumors had it that you were doing M-Pesa business? Is this true?

I ventured into business which took a lot of my time and energy. I imported stuff for sale and also had an M-Pesa business but it did not work out.

Doing business was not easy but now I am focusing on my music and family.

So, are you now a different person from the person we knew?

Compared to my brand before, the new Marya is thick-skinned, before I used to get worried and pressurized on what people would say but now I care less, I am doing me.

Some people might say I have changed but of course, I cannot be the same Marya of 10 years ago. I have grown mentally and I am more mature.

What exactly are you up to?

Before the end of the year, I will be dropping something big and also Queen of Nairobi will premiere.

Musically speaking, I am still in the production phase.

I have met with a couple of producers and I’m trying to get the right sound but it is not easy. I want people when they get to hear the new Marya it should be something they can relate too.

Making jams is good but within a month or weeks, someone else releases a new jam. But when people relate to your song it gets more shelf life.

Are you signed to any recording label?

No. I want to try being an independent artist because when you are signed, you are answerable to someone and you have to move at someone else’s pace.

As an independent artiste, I get to make my own judgment and the pace of my career.

Let’s talk about the reality show,  ‘Queen of Nairobi’…

The producers approached me because they liked what I was doing.

Being a mother and trying to get back in the game is something that won them over. You will get to see my real side, which is not all about glitz and glamor, but hustling.

You will get to see my studio sessions, how I am juggling between being a mother and mingling with fellow cast mates Dela and Avril.

Awesome and great, but also hard. It is a mixture of emotions – one day I am happy, the next I am totally frustrated, so I take it one day at a time.

There are so many sleepless nights… I can’t remember the last time I had a good night’s sleep. My baby wakes up after every hour or 30 minutes. Everyone was giving me different advices on what my baby was lacking, but I came to realize that if I try to do everything, it is not going to work.

So, for now, I am still having sleepless nights and God will take care of my sleep.

Are you officially married to Kevin?

No, but our parents have met and definitely, that will be the next step.

I love the fact that Kevin always appreciates me. He is real, whenever he is wrong no matter how small the situation is, he is always willing to be corrected and change as long as you have your facts rights.

Are you and Avril still friends?

Yes. We are friends but we do not get to hang out because we are both busy women.

But we chat and call each other a lot. When the reality show starts airing, we will definitely be hanging out.

What do you like most about the entertainment industry now?

I love that the industry has expanded and now we have too many players in the game.

However, it is not easy, but I am prepared.

Top on my list are Kristoff, Gabu, Femi One and Dela because they have unique styles and sounds which I know will complement mine.

CRAZY! These are the Funny Pics Doing The Rounds on Social Media < Previous
Chiki Kuruka: I’m not a Trophy and Can’t Join Bien Wherever he Goes Next >
Recommended stories you may like: