New Music: Kush Tracey Drops Banger ‘Mawe’, But was it Stolen from Mombasa Based Group? 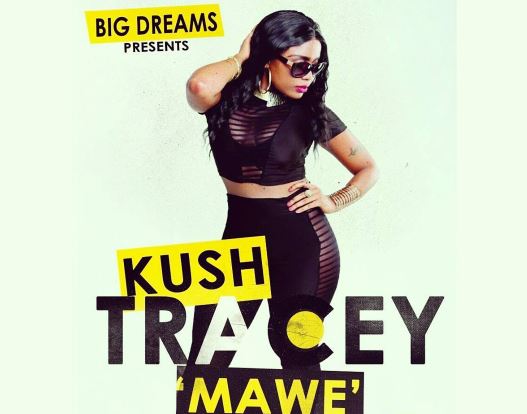 Femcee Kush Tracey has finally broken the silence with another banger dubbed ‘Mawe.’

The audio was produced at Big Dreams Studios by Petrooz, Mixed and Mastered by Cedric on the Beat and the video by Big Dreams Films as directed by Ricky Bekko.

However, the release has come with controversy after a Mombasa based group, Xav Gang Empire, claimed the track is a rework of their exact beat for their song ‘Bwaga.’

Felix, Xav Gang’s manager, claims that Kush’s Management knew that the beat existed and belonged to another artist.

However Petrooz who produced both beats, doesn’t find any similarity in the two songs as Bwaga is on the G key and Mawe is on the F key and are different musically.

“I am the one who made the Bwaga chorus and even used my voice on it, and when we worked on the Mawe song, I told Kush Tracey that using one word for the chorus would make the track catchy,”says Petrooz.

“Xav gang should not be worried about Bwaga because it was my song and I featured them in it. I am not comfortable when they walk around telling people that I copied their song and stuff like that,” he added.

Watch the two hits below and decide:

The Hottest Stories on the Internet Today (Wednesday March 29) < Previous
Sema Ngwe Challenge! Watch Daredevil Kenyan Girl Do Push Ups on Nairobi Street (VIDEO) Next >
Recommended stories you may like: