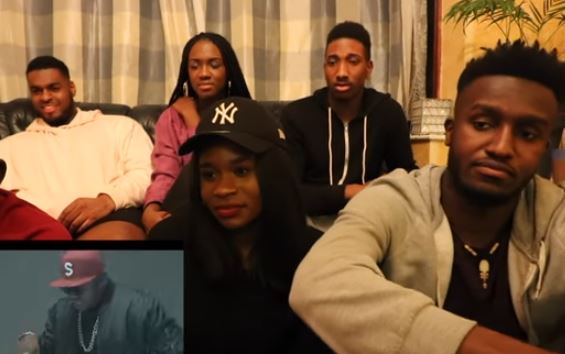 To say that Khaligraph Jones does not have the international star appeal would be an understatement. The rapper is possibly Kenya’s hope of taking our rap/hip-hop scene to the international scene and luckily, he has been putting in the work.

Last year, he blew us away with ‘Micasa Sucasa’ featuring his girl, Miss Cashy. The collaboration was and is one of the best rap songs Kenya has ever seen and will go down in history as a Kenyan classic.

But before it goes down in history, the hit is still attracting positive reactions and reviews within the Kenyan borders and beyond.

A team of music enthusiasts -Ubunifu TV – has released a video of their reaction to ‘Micasa Sucasa.’

Ubunifu TV compromises of two teams – one based in the UK and the other in East Africa, The group uses YouTube to sample East African and UK music and share their reactions to popular releases.

The Hottest Stories on the Internet Today (Monday February 6) < Previous
Pastor Omba Responds to Rumors of Moving on from Gloria Muliro with Young Gospel Singer Next >
Recommended stories you may like: