“Stop Fooling Your Innocent Fans. People are Getting to Know Your True Colours” – Willy Paul to Bahati 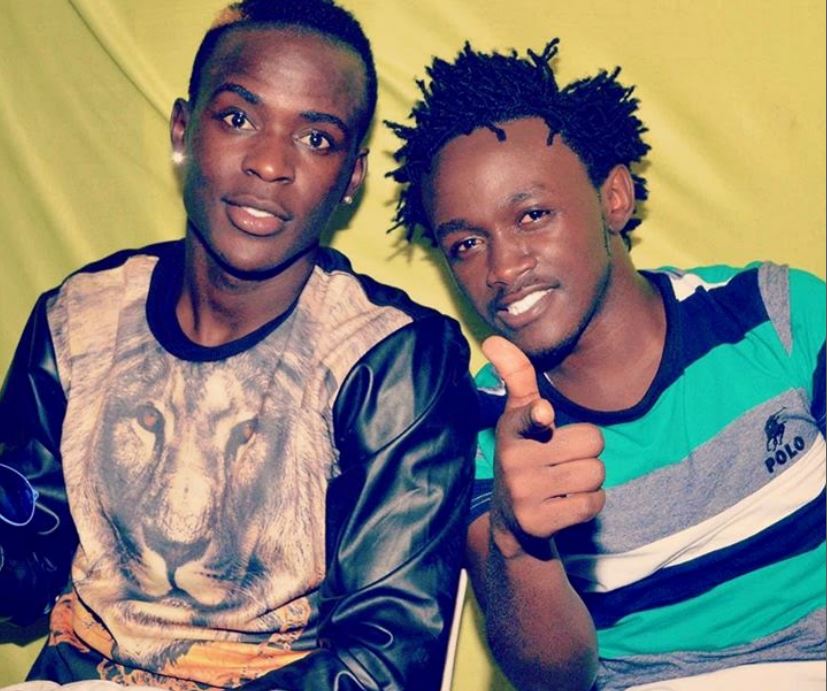 Well, here we go again! I personally long for the day that these two hormone raged teenage boys will grow up!
Gospel singers Willy paul and Bahati are at it again. This time over the leaking of a song they did together back in 2014.
It started when Bahati accused Willy Paul of being a liar and leaking the song. In an expose by Ghafla!, this is what Bahati said,
‘Teddy B was the man producing that song. But before the song was even finalized and released,Willy Paul started acting all petty. He started bringing up childish issues like whose name would appear first in the song,whose name would the Royalties be registered under,who would make the most from the song,who the song would belong to and so on and so forth… ‘
‘Even after Teddy B LIED to me that he’d deleted the song completely,and wiped it out of his records for good,I was shocked to wake up this morning only to find my WhatsApp filled with people congratulating me for the song I’ve just done with Willy Paul ‘.
‘I want the public to know that Willy Paul is lying. He’s a sleazy,cheeky little liar! His Producer is too. I am in no way involved in that song. I am not a part of it and it should not be treated as a Bahati /Willy Paul collabo. I’ve not talked to Willy Paul for years and I was lied to and fooled. I am outraged. ‘
Responding to the accusations, Willy Paul took to his Facebook timeline to counter accuse Bahati of the leakage and lying.
He wrote,
“Its so unfortunate how my brother is fighting me even after I released a peace song saying how much I love him. I’ve tried so much to make peace with him but from what I see, he’s not ready for peace. We’ve met severally took photos which I always upload to show our fans that we are okay and we don’t have any beef.. He’s never posted any because he wants the innocent fans to keep fighting each other coz it works for him that way. I’ve grown up with him and I know him in and out. All the lies he’s told the media are just a secret kept by me coz I want only the best for him.
Last year when groove awards was approaching, he made up a story and claimed that I had stolen a song from him.. I received insults, was called all sorts of names.. By the innocent fans who didn’t know that it was only one of his stunts to win groove awards… I kept quiet even after he called me a thief in front of the whole world. Everything will come to the open one day..
Last month he made up a story about DADDY OWEN a man of God that we all respect, he said that DADDY OWEN only used denno for his own selfish gains.. On the song MBONA and then dumped him..
He did that to push his collabo with denno.. THE MAIN STORY
I did a song with him back in 2014 and we disagreed about something and I called the collabo off!! And we both told the producer to delete the project. Now we are in 2016 and my brother is still after me. Accusing me falsely.. Saying that I leaked the song to WhatsApp groups, why is it always about you and me? Why am I the only person you attack with your lies? Did I ever wrong you somewhere?? Well if I did then sorry of which I don’t think I have.
So today after you leaked the song and said that it was me, what were your expectations? Are you not tired of seeing people insulting me because of your lies? Don’t you think its wise to set a good example to the people who look up to us?? Why do you want our fans to keep fighting?
Be a true minister, am not saying that am perfect, but at least I control myself.
One more thing, if its true you believe and have evidence that I leaked the song, why didn’t you call me?? Why my brother, why?? Why did you run to the media?? That’s what you always do to keep yourself relevant and that’s not a good thing man.
Just like Roughtone said, we’ve mastered your stunts…
The fact that I did not respond when you accused me of stealing does not mean that you take advantage of me.
Stop using my name for your own gains bro, come seat with me, talk to me, tell me your problem…. I might be able to help and if I can’t am sure we can find someone to help… You’ve really messed my day up bro. I did not expect such from you.
That’s not how gospel artists live. I might need you today and you might need me tomorrow…
Stop fooling this innocent fans, people are already getting to know your true colors……
Just like Eric omondi said to you, YOU CAN’T STAY ON TOP BY BRINGING YOUR BROTHERS DOWN
What you do to a brother today will be done to you tomorrow.

Have You Been Wondering Why Elani Have Been Quiet for a Year? They Explain (VIDEO) < Previous
IS THIS LOVE? Two Young Kenyan Ladies Married to Very Old Wazungu Men – PHOTOS Next >
Recommended stories you may like: