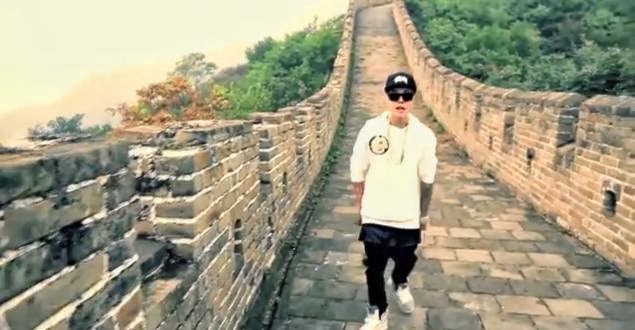 True Beliebers already know that Justin Bieber’s new music video for his next single, “All That Matters,” leaked yesterday. Featuring a tour of China with a home-video feel, Justin shows off his dance moves at lots of famous spots — including the Great Wall.
And according to TMZ, the Chinese embassy is psyched that Justin would make a video all about the sights of their country.
Considering Justin spends a good portion of the video interacting with tourists, this could make China love him even more. Apparently, China’s thinking “the video will bring tons of money to China in the form of tourism” — which could be true, considering the fact that the video itself could be seen as a musical commercial for the country. 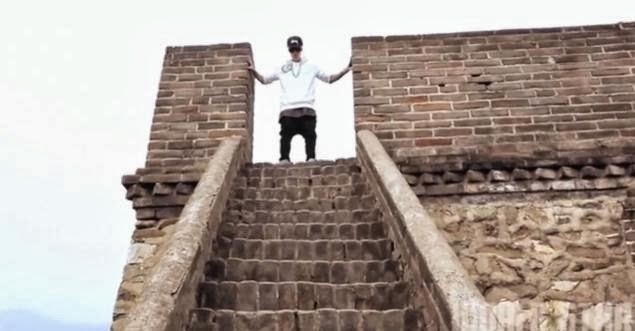 And Justin’s famed trip up the Great Wall — you know, where he was carried up by his bodyguards? — isn’t just a visit to one of the most famous locations in the world: it’s a chance for Justin to cross a major milestone. According to the Chinese embassy rep, it’s the only way to become a true man. Hmm.
As hard as it is to imagine Justin entering manhood anytime soon, we figure the Great Wall can only help.
Although, unlike the brave lady in the video, we still won’t be lining up to hand him our new baby.
Here’s the video.
Source: TMZ
Snoop Dogg Changes His Name Again, To Snoopzilla < Previous
Kenyatta University Goes To The Polls Today Next >
Recommended stories you may like: