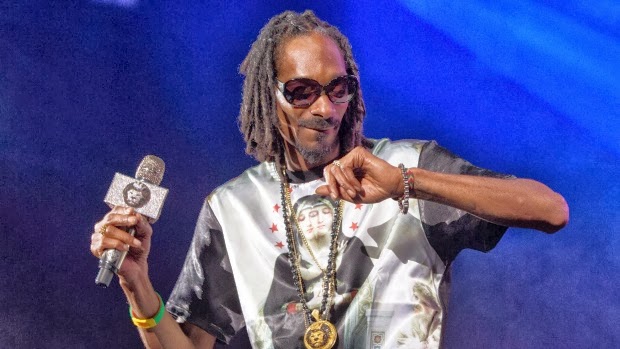 Snoop Dogg has changed his name to Snoopzilla.
Less than a year after renaming himself Snoop Lion, the rapper has once again changed his moniker to reflect his new musical direction with funk project 7 Days Of Funk.
The ‘Drop It Like It’s Hot’ hitmaker has formed a collective with Dâm-Funk and the pair are releasing their debut album on December 10.
The newly-christened Snoopzilla said of the new band: ”We’re the babies of the Mothership. I’ve had funk influences in my music my whole career. Dâm-Funk is cold. He’s keeping the funk alive and I knew I had to get down with him.”
Snoop has been known to invest himself fully in his transformations, converting to Rastafarianism for his reggae album, ‘Reincarnated’, under the name Snoop Lion.
The star’s new identity pays tribute to legendary funk bassist Bootsy Collins, who was known as Bootzilla, and Snoop is said to be a taking well to the new genre.
Dâm-Funk added in a statement: ”Snoop knew what I was thinking without me having to articulate it. That’s how you know when you gel artistically with someone.
”These beats were made for him and he laid down some of the smoothest harmonies and melodies I’ve ever heard. It’s hip-hop, but you can also hear what we grew up on, from Zapp to Evelyn ‘Champagne’ King and Patrice Rushen.”
– Bang Showbiz
Singer Amani Explains The Difference Between Having S£X and Making LOVE < Previous
Justin Bieber’s New Music Video Leaks Online Next >
Recommended stories you may like: