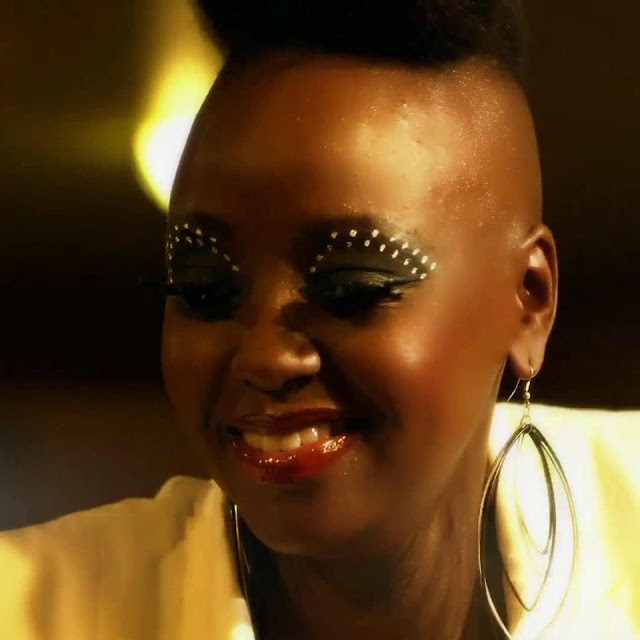 For many hours now, Muthoni the Drummer Queen has been whining on Twitter.
She happens to be one of the passengers stranded in Greece, after a Kenya Airways plane made an emergency landing in Athens, on Saturday.

These are some of the reactions by Kenyans on Twitter following Muthoni’s ranting.

My phone is on flight mode so i can have that muthoni dq feeling. – njiiru

Muthoni’s flight leaves Nairobi at 10pm headed North at a speed of 645km/h. Calculate the time of her whining – @Masaku_

KQ should also be tried for crimes against fashion! Muthoni has been in the same outfit for 3 days! – @MediaMK

Muthoni says she is stranded alongside 3 madagascarn citizens, does king julien know this? – @Masaku_

Now i see why muthoni is single. Man she can whine. – @Mufatari

Kenyans stuck in saudi arabia, others still kidnapped in somalia and muthoni rants for 2 days and a plane is sent to pick her. Lanes. – @Mufatari

We keep complaining about event organisers in this country. I hope y’all noticed Blankets & Wine went down with Muthoni stranded in Greece. –  ‏@AllyshaNichols

Muthoni Dq should chill, paka ya mombasa ilikwama kwa mtungi for several days & we didn’t see it tweeting about it. – @Njiiru

KQ wrong artist. Bring back Muthoni DQ and take Nick Mutuma there at least nobody will care. – @merlikaz

Muthoni Dq should chill, guys get stuck while having sex and we don’t see them tweeting about it. – @Njiiru

But Muthoni should seize the opportunity and hold an impromptu concert.
Mikono kwenye hewa! x6 – @mark_wambugu

Muthoni would have been less of a drama queen if she wasn’t typing her frustration in caps. [email protected]

Greece Pulls a Chinedu and Detains a Kenya Airways Plane < Previous
Infotrak’s Angela Ambitho Warns Uhuru That Kenya is on The Verge of a Revolution, Just Like Egypt’s Next >
Recommended stories you may like: