Greece Pulls a Chinedu and Detains a Kenya Airways Plane 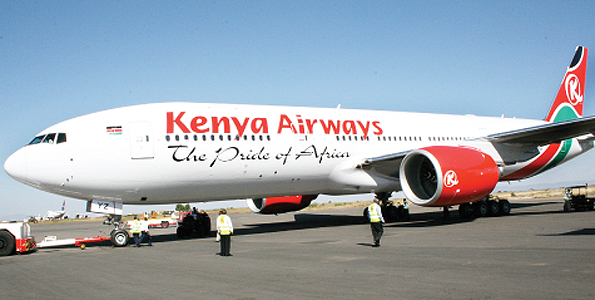 Kenya Airways has this morning confirmed that Greece has denied one of their planes clearance, in unclear circumstances.
In a press statement today, KQ says that it will soon send another plane to Athens, to rescue its stranded passengers.

Kenya Airways wishes to advise its customers and the general public that efforts are underway to launch a rescue flight to Athens following the diversion of KQ117. The flight was re-scheduled for departure last night at 2130 hours,  but was cancelled at the last minute.  This follows the denial of clearance by the Greece Civil Aviation in spite of approval by Kenya Civil Aviation Authority and the manufacturers, Boeing, for reasons yet to be officially communicated.
We have an aircraft in Nairobi ready, and crew are on hand awaiting regulatory clearance to commence the mission.
We will confirm departure time ex-Athens   in the next two hours once all clearances have been obtained.

The Boeing 777 200ER, on Saturday made an emergency landing in Greece, after smoke was detected. Since then, the plane together with its passengers have been in Greece.

Though information is scanty, there have been claims that the Greece authorities are not convinced that the plane is fit to fly.
Allegedly, during an inspection, the landing gear door failed to close properly.

Official information however had it that Kenya Airways could not be allowed to fly over Egypt and Sudan.
We’ll have to wait and see how this develops.

Somewhere in Kiambu in 1860 – Hilarious < Previous
Kenyans React To Muthoni ‘Drama’ Queen’s Rants About Kenya Airways Next >
Recommended stories you may like: