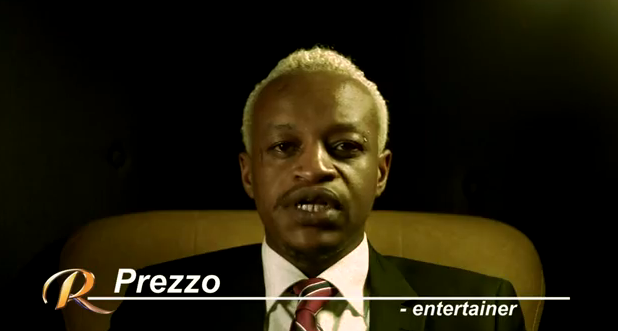 Prime minister Raila Odinga has secured the endorsement of several leading celebrities, two weeks to the elections. Rapper Prezzo is the latest to officially endorse Raila, following in the footsteps of Teacher Kilunda of Tahidi High and musician Redsan.

In a TV commercial that will hit the airwaves anytime from now, Prezzo describes Raila as a hands-on leader, with the best interest of the country at heart. He goes ahead to recall how Raila publicly supported him while at the Big Brother house in South Africa. He says that Raila is not only a leader, but a father figure.
Here’s the video