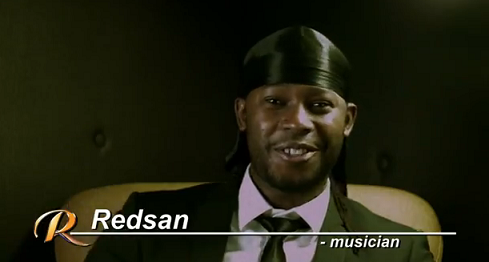 Redsan has joined Prezzo, Teacher Kilunda and several other celebrities in endorsing prime minister Raila Odinga for the presidency.
In a campaign message that should hit your screen any time now, Redsan says he is endorsing Raila because he is a cool guy.
He adds that the premier has personally fought for his music rights, and made sure he received all royalties.

Raila may have saved the best for last, but even as he grabs the various celebrities, some are already firmly in Jubilee. Jaguar, Abbas and Ringtone are just a few.

Here is the video of Redsan’s endorsement.