After Finishing Eighth In Kitutu Masaba, Ringtone Shifts To Kawangware. 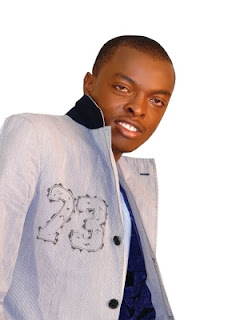 After losing in the Kitutu Masaba parliamentary seat, during last year’s by election, gospel artiste Ringtone ( Real name Alex Apoko) is said to have shifted base to the newly created Kawangware constituency. The artiste-cum-politician is expected to vie for an MP’s seat in next year’s election. He says that he has a good chance of winning this time round, because Kawangware is splitting from Dagoretti, and according to him, he has a good history with the people of Kawangware.
Ringtone emerged a very distant 8th in the Kitutu Masaba by election, garnering only 467 votes. He was then contesting on a Vijana Progressive Party ticket. He says he has not yet made up his mind on what party to contest next year. He is however close to TNA, having performed during some of its events including the bubbly launch of the party at the KICC.
© nairobiwire.com
Orengo’s Sh 500,000 Suit. (MIGUNA’s BOOK) < Previous
The Big TPF’s Doreen – University of Nairobi Conspiracy. Next >
Recommended stories you may like: