The Mysterious Case of The Public’s Vote. 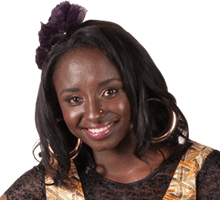 Throughout the week, there has been mixed reactions on social media on the matter of Samantha leaving Tusker Project Fame. Many people claimed that the Burundian was much better than some of those who were saved, particularly Kenya’s Doreen. However, what seems to leave people wondering is how Doreen receives the public’s votes any time she is on probation.
Twice, the public has voted for her against all odds. This is disregarding the fact that she has at one time been on probation with the Steve, another equally talented Kenyan contestant. In the past, male contestants tend to receive the bulk of the public’s votes because naturally, women will cast more votes. This is what kept the arguably less talented Hemedi in the house for so long. Since the two are from Kenya, the country with the largest number of voters, it would have been fair to assume that Steve would take the public’s vote. However, Doreen pulled a surprise.
It is now emerging, following various social media reports and an article by a local newspaper, that Doreen has a very dedicated team of friends working round the clock anytime she is on probation, making sure she gets the public’s votes. It is claimed that several University of Nairobi students are behind the public’s vote. Apparently they have dedicated their resources in launching a door to door campaign around the University hostels campaigning for their candidate. They make sure that they have convinced anyone who cares, why Doreen should be in the house. They also do their part by sending multiple text messages daily. Some of her close friends and relatives are said to be sending hundreds of text messages throughout the week.
If the allegations are true, Tusker Project Fame’s voting guidelines must be very wanting. In America for example, The Voice limits the number of times an individual can vote to 10. X-Factor limits that number to 50, while American Idol does not limit the number of times an individual votes, but the voting time to only 2 hours.
© nairobiwire.com
After Finishing Eighth In Kitutu Masaba, Ringtone Shifts To Kawangware. < Previous
How Ida Odinga Humiliated Sally Kosgey Thinking She Was Beth Mugo. (Miguna’s Book) Next >
Recommended stories you may like: