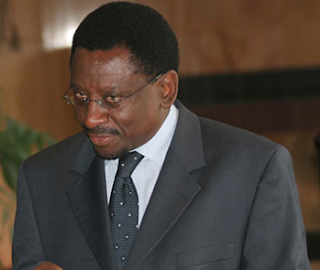 Miguna’s new book has not hit the shelves yet but it’s promising to be explosive. Peeling Back The Mask, is a book that is expected to give Kenyans a taste of politics and power play like they have never seen before. After revealing how Raila went through awkward consultations with Kibaki, when the latter talked to him behind curtains, Miguna has another bizarre story.
Lands minister James Orengo, is not known to be a very wealthy man. His exact worth is not clear but probably not as much as his friends in government. He is however not one who spares any penny when it come to dressing. Miguna recounts how at one time Orengo bought himself a suit worth Sh 500,000, two belts worth 40,000 each and a shirt worth Sh 80,000.
Miguna quotes Mutula Kilonzo as saying, ” Whats wrong with Jim? I’m not poor, in fact, I’m probably richer than Jim but I cannot spend that kind of money on clothes”
© nairobiwire.com
Man Claims Kabuga’s Photos Used By Allan Namu Are His. < Previous
After Finishing Eighth In Kitutu Masaba, Ringtone Shifts To Kawangware. Next >
Recommended stories you may like: