ODM MP Urges Kenyans To Keep Prezzo In The House. 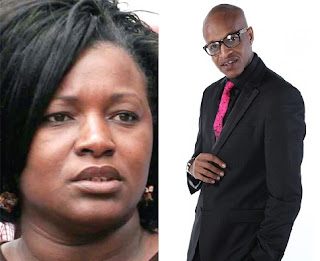 Nominated MP Rachel Shebesh has joined #Team Prezzo. The vocal mp asked Kenyans to vote for the rapper who is currently on nomination. In an interview with Capital Fm, the mp congratulated Prezzo for the game he has been playing and said he has done the country proud.
“You know I watch Big Brother and I’m a big fan of Big Brother, thanks to my boys. And this guy called Prezzo, before he went to the house everybody thought he was just a rapper in Kenya with bling bling.  But my perspective of Prezzo changed first because he brands us,” she said.
The MP added, “You know anyone who brands the country, has a bigger thinking. Every time Prezzo is in that house you can see Kenya, whether it’s the flag or whatever it is. He’s smooth and he’s crafty. All the girls are swarming around him pretending that they don’t like him but they like him, I don’t know what they would do without Prezzo.”
Prezzo was last week saved by Kenyans at the expense of Malonza. He is again on the nomination list this week alongside Kyle, Goldie and Lady May. Going by last weeks voting pattern, the stats are not very good for Prezzo. To vote for Prezzo, send the name PREZZO to 2626 and tell your brothers and sisters in other African countries to do the same.
© nairobiwire.com
" I Have No Oil Deal With Raila", Museveni Tells Miguna. < Previous
15 Robbers Ambush A Nairobi Church And Sweep Everything. (VIDEO) Next >
Recommended stories you may like: