Prezzo Was A Favourite To Get Evicted This Week But He Surprised Everyone. 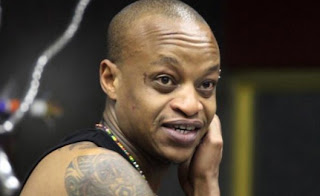 Against all odds, Kenyan representative at the Big Brother Star Game, Prezzo, lived to see another week. Prezzo was saved at the expense of Goldie, his house lovebird. Going to the eviction night, the two were however not in good terms.
Prezzo and Kyle were the favourites to go home, considering they got a similar number of votes last week, which happened to be the second least number. Lady May and Goldie had a decent number of votes, which made sure they were not near the elimination zone. However, Goldie was not as lucky this week.
When it became clear that Goldie and Prezzo were fighting for the remaining one slot, it was generally agreed (on twitter) that Prezzo would be going home. The previously confident Kenyans on Twitter had also lost hope. Of the two, Prezzo was considered the least appealing to the African continent. So you can imagine the surprise everyone had when Goldie was evicted.
For yet another week, Prezzo proved everyone wrong.
© nairobiwire.com
Chris Brown Snake Tattoo Sparks Illuminati Controversy. < Previous
16 Year Old Rwandese Hacks KBC Website. Next >
Recommended stories you may like: