By Ken   /   Monday, 16 Jul 2012 07:15AM   /   Leave a Comment
The Kenya Broadcasting Corportation (KBC ), is the latest victim of cyber attack. A Rwandan hacker has hacked and exposed KBC’s database, revealing 2934 account details, ie. emails and passwords. The hacker, who gives his name as Cyuzuzo A., describes himself as a 16 year old, single Rwandese with knowledge in such web languages as: PHP, Asp, SQL, HTML, Java, perl, HTML. He can speak both French and English. ]
He took to his blog to post about his latest exploits and perusing the blog will show you that you are not dealing with a beginner. He has hacked several other sites and Kenya seems to be a fertile ground. Just recently, he took over www.hortinews.co.ke. He has also hacked several Nigerian and Rwandan websites.
Just recently, 103 government websites were hacked.
The hacker gave http://pastebin.com/5hN3Y9Nk as the link to the KBC database and sure enough, all the details about Kenya’s National Broadcaster are there. He also gave two screen shots for future reference. 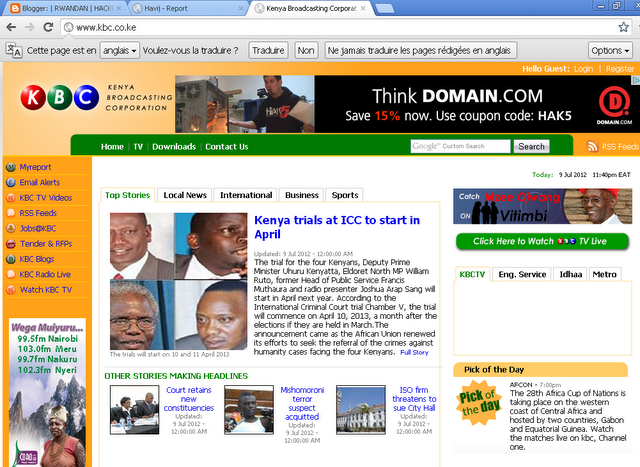 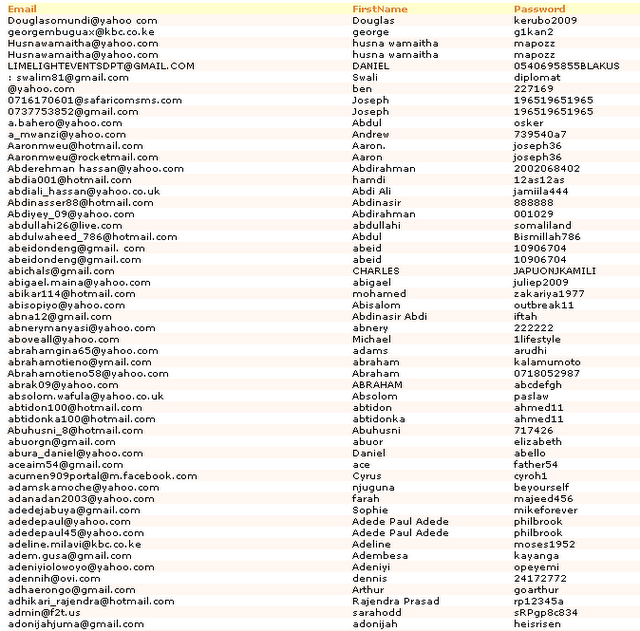