STL To Close Down Kenyatta Avenue For a Video Shoot. 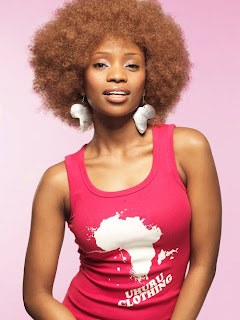 Norway based Kenyan artiste, Stella Mwangi, better known as STL, is in the country to make more music. It’s been reported that she will shoot a song in Nairobi and not just any part of the city, but along one of the busiest streets, Kenyatta Avenue. The haba haba singer jetted in the country this morning and is expected to be in Kenya for the next two weeks.
STL is said to have brought along Norwegian movie maker, Christian Bastiansen, who will be shooting the videos. She is also said to have incorporated many dancers and hence the need to close down the busy road. Camp Mulla pioneered the closing of city roads when shooting music videos when they diverted Mama Ngina street traffic, to shoot their ‘Hold it down’ video.
STL’s video shoot is reported to be happening this weekend but the time is not clear. It is probable that it will be shot at night so minimize inconveniences. Camp Mulla’s video was shot deep in the night.
© nairobiwire.com
Radio Jambo Caller Killed After Exposing Her Devil Worshiping husband. < Previous
Chelsea Now Interested In Kenya’s Victor Wanyama. Next >
Recommended stories you may like: