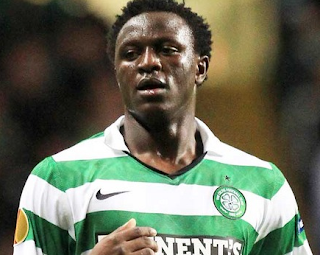 It is now emerging that Chelsea is one of the clubs interested in signing Kenyan international and Celtic FC midfielder Victor Wanyama. It has been reported that Chelsea is actually in front of the queue, that includes, Liverpool, Stoke City ,QPR , Newcastle and West Ham. Roberto Di Matteo, who was this week finally given the job, sees Wanyama as a permanent replacement for injury prone Michael Essien.
Already, his manager Rob Moore has alerted all interested clubs that Wanyama is available and the midfielder has requested his club to consider any offer from a big club. The player who was bought last year for £900,000, has seen his value increase 10 fold after a successful season at Celtic. If any of the English Premier League clubs sign Wanyama, he will be the first Kenyan to play in the EPL, after his brother McDonald Mariga’s transfer to Manchester City, two years ago failed to push through at the last minute.
© nairobiwire.com
STL To Close Down Kenyatta Avenue For a Video Shoot. < Previous
Hilarious Kikuyu Vocabulary (HUMOUR) Next >
Recommended stories you may like: